The term “Standard” has a very short life expectancy in the tech world, especially in the case of smartphones. Here, things change in a jiffy. It was just yesterday that smartphones with 2GB and 3GB RAM used to be described with adjectives like ‘Beast’ and ‘Monster’. Just like a dramatic sequence of a Christopher Nolan movie, we have suddenly stepped into an era of 6GB RAM. Yes, you read it right… 6GB RAM in a smartphone!

The LeEco Le Max 2, is one such handset that is about to hit online retail stores next week. It comes with 4GB/6GB RAM and flaunts a very aggressive price tag of 22,999 INR. The Le Max2 has much more to it than just a mammoth RAM capacity. Of late, we have been living with it and this is what we have experienced so far.

Also read: Everything You Need To Know About LeEco Le Max2

More than its smartphones, LeEco is known for its Content Ecosystem. For them, smartphones are basically a ‘via’ medium to expand the reach of these content services. Keeping this in mind, LeEco came out with the 6.33-inch Le Max last year. The phablet had everything going in its favour, barring its un-ergonomic large shell. LeEco heeded consumer feedback and came out with a more comfortable 5.7-inch display size to ensure easy handling.

Design-wise, there is nothing too dramatic in the phone. The Le Max 2 has a metal-clad design which is closer to the Le 1s than its predecessor – the Le Max (which in our book, is a step backward). The non-removable back is studded with a square-ish fingerprint sensor and a protruding camera module. The camera hump on the Le 2 feels recessed in comparison. There are two black antenna bands on the top and bottom.

Indian retail units will include Letv branding instead of the LeEco one.

The front is mainly dominated by a 5.7-inch ‘Jet Black’ IPS display that gives an illusion of bezel-less design when the display is off. Above the display, there is an earpiece flanked by the selfie camera and proximity sensor.

On the sides, there are superfluous chamfered edges, which have now become an industry norm. The Power button and Volume rocker sit next to each other on the right side, and the SIM tray is on the left. LeEco has ditched the hardware slider that could be used to conveniently switch to silent mode on the original Le Max. The top horizon is clean and only features an IR blaster. The bottom edge is decorated with a USB Type-C port and two grills – one for the speaker and one for the primary microphone.

Overall, the Le Max2 offers a flagship-grade build quality with decent ergonomics. We just wish it were more different than the Le 2 (at least a different color option would have felt better).

LeEco’s latest flagship comes with a 5.7-inch IPS LCD display with best-in-class 1440 x 2560 (QHD) pixels resolution. Text and images are crisp, blacks are deep, and viewing angles are fantastic. Sunlight legibility also didn’t bother us on this device, unlike the way it did with its predecessor. Color calibration is also far better in comparison.

Consuming multimedia content from platforms like YouTube, gaming, movies and watching Live TV is a treat. LeEco has taken a high octane promotion spree for its content services which are certainly enjoyable on the Le Max 2 display.

LeEco’s Le Max 2 is an insanely powerful smartphone. It is powered by Qualcomm’s latest poster-child, the Snapdragon 820, which puts this in the same league as the likes of the Samsung S7, HTC 10, LG G5, Xiaomi Mi 5 and OnePlus 3. In fact, the Le Max2 was the first smartphone to get Snapdragon 820 inside. Apart from this, the Le Max 2 can be bought in 4GB RAM/ 32GB ROM and 6GB/64GB ROM variants. The only thing missing in that compelling specs-sheet is a microSD card slot.

LeEco’s latest powerhouse emerged with flying colors in our stress test. We threw a lot of things at it – from graphics intensive games, 4K video playback, to a dozen apps but it refused to bog down. There was no lag whatsoever. The biggest problem for smartphone manufacturers and Qualcomm last year was heating issues. Finally, Qualcomm has managed to resolve the problem in most current generation chipsets including Snapdragon 820 SoC.  In our heat test, the Le Max2 never crossed the 41-degree barrier, which is impressive. To testify its performance, here are a few benchmark scores:

Software: EUI with LeEco Membership baked into it

LeEco’s EUI is one of the better Android based UIs available today. Like most interfaces designed by Chinese OEMs, EUI too takes inspiration from iOS. The UI is intuitive and it doesn’t really take much time to get used to. However, when stacked against its predecessor, the Le Max2 has a slightly tweaked user interface. The new generation Max comes loaded with LeEco’s ‘Supertainment’ package,that includes ‘LIVE’ and ‘LeVidi’ apps out of the box. The year-long LeEco Membership gives you unlimited access to Eros Now movie database and YuppTV‘s live channel streaming.

Also read: Le Membership FAQ: Everything You Need To Know

All this entertainment content is offered in Hindi, English and other regional languages. That’s not all, LeEco will also add Hungama music and a whopping 5TB cloud storage soon.

Personally, I have enjoyed LeEco content on my phone. At times, when sitting idle at airport lounges, or waiting for a friend in a coffee shop, LeEco membership helped me kill boredom.

Of late, LeEco has been going all-out in promoting its new proprietary technology – Continual Digital Lossless Audio (CDLA). At the CDLA alter, the convenience of the age-old 3.5mm audio jack has been sacrificed. To be fair, LeEco has solid ground for it and perhaps the hardcore audiophile won’t question this move either.

But for everyone else, to live without the 3.5 mm audio jack adds more inconvenience than value. Audio quality is good, but the thing with audio quality is that it is dependent on a number of variables. Not all your content will be FLAC files (not with the limited non-expandable storage on Le Max2) and for everything else the difference in audio quality isn’t that easily discernible.

Camera: Great for the price

There is hardly any camera in the same price range which outwits the Le Max2 in camera performance (at least I can’t remember one at the time of writing this review). The Le Max2 houses a 21-megapixel Sony IMX 230 sensor with phase detection autofocus (PDAF) and dual tone LED flash. The default camera app on the Le Max2 hasn’t changed at all from what we witnessed in its precursor. The UI is simple, well laid out and easy to operate. There is a big virtual shutter to capture shots. A right swipe on the default screen switches to panorama camera while a left swipe turns on camcorder mode. It also comes with Live Filters and Beautify mode on the Selfie camera.

The Le Max2’s camera performance is noteworthy and it can capture pretty good shots both outdoors and indoors. Images show excellent dynamic range with a good amount of detail. The camera has splendid white-balance, contrast and color matrix. However, the camera focus could have been faster. At times, it takes a second longer to focus on the object – a laser auto-focus could have helped. Optical Image Stabilization (OIS) is present and works well.

The front-facing camera has an issue with focal length. Stretching for group selfies can sometimes disappoint you. Having said that, it is a capable camera if you are ready to work within its boundaries. Video recordings on the Le Max 2 can go up to 4K resolution at 30 fps. The footage we captured on the phone had punchy colors and a decent contrast ratio. On the downside, the footage was too noisy for our liking.

A smartphone’s battery life is one of the biggest concerns for most of us these days. To answer this common concern, LeEco has packed in a non-removable 3100mAh battery in the Le Max2 which also supports Quick Charge 2.0 (yup no Quick Charge 3.0). In our week-long tryst with the Le Max2, we observed that it could easily last 12-14 hours on moderate to high usage which also includes gaming, extensive web surfing, syncing multiple social media accounts, apart from basic calls.

LeEco Le Max2, just on the basis of its performance, can be stacked against any flagship and it won’t really disappoint you. What really gives the Le Max2 an edge over its competitors is LeEco’s entertainment content library. It’s not perfect, but the QHD display, good camera performance and high-end hardware at an affordable price makes it a value for money flagship smartphone. However, it won’t enjoy a free run. The OnePlus 3 already poses itself as a formidable challenger.

Amazon and Flipkart will be starting their respective festival sales from tomorrow. While Amazon has already commenced the “Great Indian Sale” for prime users from today. The sale is going to be live from tomorrow for everyone. Flipkart’s “Big Billion Day Sale” is going to last for 4 days till 14th October while Amazon’s “Great …

The Chinese conglomerate LeEco has announced a limited period price cut of Rs. 5000 on its flagship device Le Max2 in India. The phone will available for Rs. 17,999 from 1 to 6th of October as part of Diwali experience offer. On the occasion, LeEco also announced that going forward the Le Max2 will be available on … 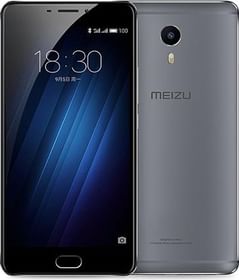 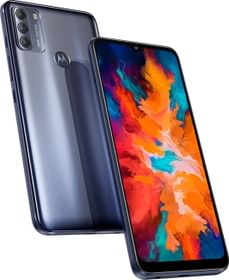 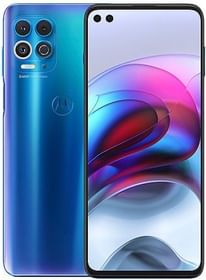