OnePlus has always been keen on offering a limited edition of its devices with a unique aesthetic and software customization. The latest one launched is the OnePlus Nord 2 Pac-Man Edition which has been released in partnership with Bandai Namco.

As is the custom with OnePlus, the new model’s OxygenOS software includes a new fingerprint animation, wallpapers, sound, and a slew of Pac-Man-themed assets.

Now, you might be wondering how to get those Pac-Man treats on your smartphone as they are only available on the Nord 2 model, and OnePlus doesn’t distribute them for use on other devices. But, now a workaround has been found through which you can sideload these goodies on any Android Smartphone.

ALSO READ: Oppo Reno 7 and 7 Pro live photos appear ahead of the launch

Getting Wallpapers, themes, animations & more on any Android smartphone

The Nord 2 Pac-Man Edition’s new wallpapers, boot animation, fingerprint unlock animation and some other themed items have been extracted by XDA Recognized Contributor Linuxct for all to enjoy.

Linuxct has extracted these 10 new static wallpapers and some other animations from the special edition device that you can sideload on your smartphone. There are ten static wallpapers and a few live wallpapers that can be used on your device through the APK file that can be downloaded from the Linuxct Twitter profile. You can also download a separate Icon Pack to get the Pac-Man theme icons on your Android smartphones.

Also, Linuxct has created massive Magisk module customization found in the Nord 2’s Pac-Man Edition ROM. Since you must overwrite the existing boot animation file located in the system/media, replacing the boot animation requires root access, thus shipping it as a Magisk module makes it easier to install.

This process will require some prerequisite knowledge of unlocking the bootloader and using Magisk. So go ahead only if you are a tried and tested user of Magisk. Inside the Magisk module, you’ll also find RRP overlays, a dedicated theme for the OnePlus Gallery App, and a set of Always-on-display and fingerprint unlock animations, but they won’t work on AOSP-based ROMs.

You will have to install the theme on a OnePlus device running a recent version of OxygenOS/ColorOS due to internal dependencies.

The limited-edition OnePlus Nord 2 Pac-Man Edition device comes in a single variant with 12GB RAM and 256GB internal storage. It is priced at Rs. 37,999 and has a dual film color rear panel that glows in the dark and outlines the Pac-Man maze in neon.

The back panel of the smartphone also sports a Pac-Man at the bottom of the camera unit and small reflective dots all over the panel that resembles the cookies or pellets as in the original Pac-Man game. To make space for the design, OnePlus has moved its logo to the bottom right corner.

OnePlus has finally unveiled their limited-edition OnePlus Nord 2 x PAC-MAN Edition 2021. The device has been developed by OnePlus in partnership with Bandai Namco Entertainment Inc. Since OnePlus is popular for launching limited-edition devices with special features, following the trend OnePlus Nord 2 x PAC-MAN also incorporates the popular PAC-MAN game elements in the …

Grab your OnePlus Nord 2 at a special price in India: Read on to know more

Oneplus recently launched the limited-edition Pac-Man version of the OnePlus Nord 2 smartphone which aims towards gamers who enjoy the nostalgia. OnePlus Nord 2 was launched in July 2021 and at that time it was priced at Rs. 27,999 in the country. Currently, the smartphone is available for grabs at a special price with a …

OnePlus recently launched OnePlus Nord 2T smartphone for the Indian market. The device is an affordable mid-ranger that promises premium specs for a budget price. The Nord 2T will be up for sale today and it is powered by MediaTek Dimensity 1300 chipset, 80W fast charging, and an AMOLED display. In terms of software, Nord … 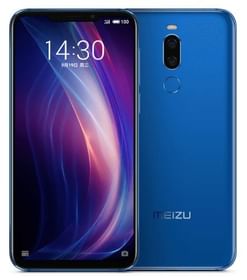 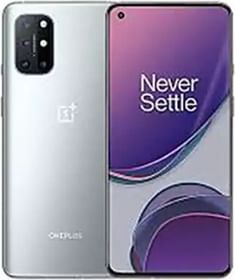