It seems Google’s highly anticipated foldable smartphone ostensibly named Pixel Fold might not materialize after all. The report comes from Ross Young who is the CEO of Display Supply Chain Consultants (DSCC). Thus, the rumors leading to date regarding the launch of Google Pixel Fold might come to rest now.

Here’s what we have learned about this sudden development:

Mr. Young tweeted about Google’s intention of calling off the Pixel Fold program. He cites that DSCC’s supply chain sources have reported about Google cancelling equipment orders given to different suppliers, which ultimately hints at the cancellation of Pixel Fold.

According to the sources at DSCC, Google believes that the Pixel Fold would not be as competitive as it needed it to be. Alphabet-owned company has figured that losing to Samsung in the US and Europe would hurt their chances in the market which is still relatively new and developing. Also, Google might face challenges in China with brands like Oppo, Xiaomi, and Huawei who are already ahead in their foldable endeavors.

As far as Pixel Fold is concerned, the foldable phone was expected to share a design similar to Samsung Galaxy Z Fold 3 (review) boasting an LTPO inner display with a 120Hz refresh rate. In the last week, Pixel Fold was reported to sport a primary 12.2 Sony IMX363 sensor coupled with a 12MP Sony IMX386 ultrawide sensor at the back. While it was said to have two 8MP Sony IMX 355 selfie cameras, one on the outer display and the other on the bigger inner screen.

Back in September, DSCC had released a leaked timeline suggesting Google Pixel Fold launch the fourth quarter of 2021. But now all the leaks and rumours might have to be set aside.

Google is reportedly working on its first foldable smartphone monikered as Google Pixel Fold. The phone is now said to debut in the fourth quarter of 2021 i.e. between October 1 and December 31. The company is also expected to launch the Pixel 6 Pro in the same period. Google Pixel Fold Leaks The revelation …

There was a lot of excitement and anticipation when it was revealed that Google might be working on a Pixel Fold smartphone, but soon the rumors got strong that the device has been canceled by Google even before it could be announced. Now some new evidence has popped up, which gives a strong hint that … 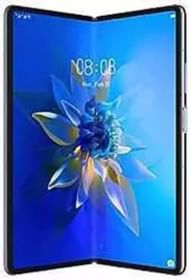