Everybody wants a great smartphone camera these days. Be it budget buyers or people looking for the best possible flagships – most users prioritize the camera experience above everything else.

This post is meant to acquaint you with basics regarding how your smartphone camera works and why it is so difficult for OEMs to nail this part. Especially at the budget price point. So let’s begin.

How does your smartphone camera work?

Well, here are the basics.

By now, it’s common knowledge that Megapixel count by itself can be deceptive. Since smartphones that cost as low as 6K include unsatisfactory 13MP sensors, consumers can finally see through this marketing gimmick.

Megapixels just state how big a picture you can capture. Trade pundits will be quick to point out that to print on a crisp A4 sheet, all you need is a 6MP image. Even the great Lumia 1020 with a reverential 41MP sensor used to sample them down to 5MP, no?

HTC’s Ultrapixel camera (which offered 4MP resolution, but larger pixel size) made a lot of sense on paper but miserably failed in practice. Even modern phones like Galaxy S7/ S7 Edge and even iPhone 6s, which are touted to be best in class, use the same bigger pixel concept but simultaneously bump up camera resolution to 12MP for sharper, more detailed images.

There are many constraints involved in teeny-tiny smartphone camera modules, and these limitations are often counterbalanced on the software side of the equation. More pixels means more data for software to work with, and that’s always a good thing. Besides, there are times when I would want to print images captured on my phone on a 10” x 12” sheet (precious baby pictures for instance) and for good 300dpi prints, I would need around 11-12MP captures. Details do matter. At least to me, they do. Whenever I browse through my image library, it’s fun to zoom in.

Also Read: ‘RAM’sutra: Everything You Need To Know About RAM On Your Phone

The sensor size is the most crucial factor when it comes to determining your smartphone camera performance. Bigger the smartphone sensor, more light it can gather.

The quality of your image depends on how accurately the photosites or sensor pixels can determine the intensity of light falling on them. This data is later crunched by your phone’s Image Signal Processor to render accurate colors. Bigger sensors and larger pixels thus help with better dynamic range, better low light performance, and with minimal noise in your images (which depends on several other CMOS design factors as well).

Since people love slim phones and hate camera bumps, there isn’t much room for OEMs to work within the first place.

You should know that if a manufacturer crams 16 Megapixels in a small size sensor (1/2” would be a bigger sensor than 1/4″), the size of individual pixels becomes very small. Small pixels, can’t always accurately measure light falling on them, and thus this hampers your camera performance rather than helping it.

This is why more pixels are often considered a bad thing. In budget smartphones, the pixel size is often less than 1.0 micron or less than 1.5 times the thickness of a wave of red light (700 nm wavelength)!

Most high-end smartphones today are shifting towards bigger sensor size and pixels. The Samsung Galaxy S7 has 1.4 Micron pixels, the Nexus 6P has 1.55 Micron pixel size, the Ultrapixel sensor (which is now mostly used in selfie shooters) has 2.0 Micron pixels.

What I do see thrown around a lot these days is the aperture (diameter of the entrance pupil of the lens) specification. And for good reason. You can’t oversimplify camera performance as a function of aperture size, or formulate any verdict solely based on it, but still, it’s important. Most smartphones have fixed aperture (you can’t change F-stop or Focal length/ aperture diameter).

In simple terms, a bigger F stop (f/1.7 or F1.7 is larger than, say, f/2.2 or f/1.9) allows your camera sensor to accept more light and thus, it helps facilitate better low light performance. A prowess aptly demonstrated by the recently launched Galaxy S7 and S7 Edge, which use F/1.7 aperture lens on both rear and front cameras.

If you are acquainted with basics of photography, you must also know that the wider aperture helps DSLRs capture images with shallow depth of field and nice bokeh effect (where the subject is in focus and background is blurred). As far as smartphones go, this advantage of having a wider aperture is nullified (because of the small camera sensor size). You can still get shallow depths in close-up or macro shots.

It’s also worth mentioning here that a Wide aperture lens combined with OIS (optical image stabilization) is a dependable recipe for excellent low-light performance. Also, a wider aperture lens is what gives Samsung Galaxy S7 Edge an advantage over iPhone 6s (F1.7 vs F2.2) in low and indoor lighting.

Another emerging camera trend is multiple camera sensors at the back of the phone. Now, there are several implementations of a multi-camera setup and all aren’t equal. The best smartphone cameras still rely on a single sensor, but having more than one of them is an effective way to combat smartphone photography constraints, especially for budget phones. Here are a few dual-camera implementations that you should know about.

Telephoto Lens – This is the way iPhone 7 Plus does it. The second sensor has a Telephoto lens with higher focal length and can be used for 2X optical zoom. Which is to say, this type of implementation helps you zoom in on the subjects without loss of details (unlike digital zoom).

Wide-angle lens – This is the way LG implements it. The second sensor has a wide-angle lens and can be used to fit in more in a single frame. LG says that most of its users prefer to keep the wide-angle mode on at all times. The images thus clicked, however, have some distortions around the edges due to the use of a fisheye lens.

Basic Bokeh – All of the above implementations can also be used to add bokeh effect or background blur in images. This is done by sensing the depth of field. Using two cameras, your phone can detect what object lies in the foreground and what lies in the background, and then can selectively blur either. Basic dual-camera phones can add a Bokeh effect only.

Focus speed is another important parameter and fast focus speed is important if you don’t want to miss capturing important moments. Here are some common terms that you should know:

Laser Auto Focus – Laser AF splits a beam of low power laser into various fragments spread across the image frame to get multiple focus points. Once you tap on the viewfinder at the object you need to focus, the camera locks focus at great speed. 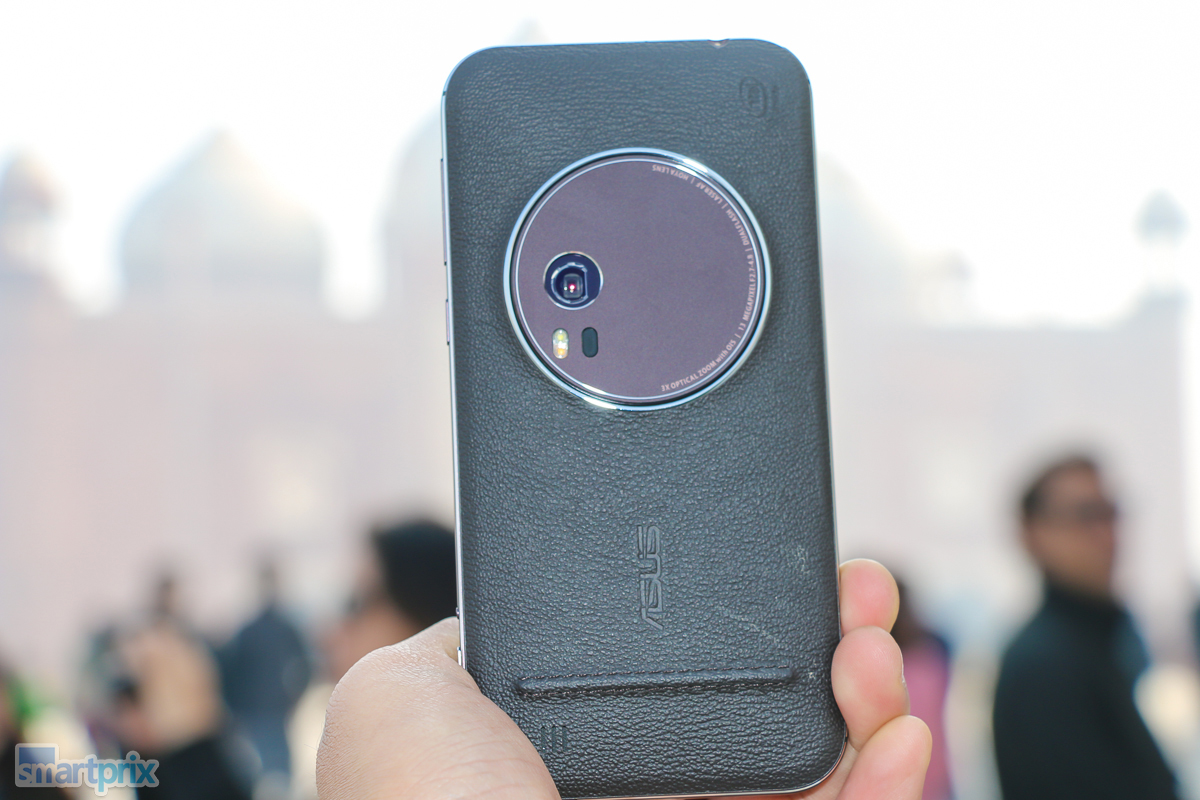 Locking focus is very fast but only for close objects. Focusing on moving objects and on far-off objects isn’t fast or efficient.

Phase Detect Auto Focus – PDAF is a little complex to explain. What happens is, images from the left and the right part of the sensor are compared against each other and their difference is used to judge where the actual focus should lie. But that’s how it works in DSLRs.

For your smartphone camera, special pixels are embedded in the sensor adjacent to regular pixel and the difference between their outputs is compared. Apple calls them ‘Focus Pixel’. Samsung Galaxy S7 and S7 Edge use dual-pixel tech where there is one ‘Focus Pixel’ for each regular pixel and thus each pixel acts as a focus point. This results in insanely fast focusing. PDAF, however, isn’t as useful in low lighting.

Contrast Detection Auto Focus – When a spec sheet doesn’t say Laser AF or PDAF, you can safely assume that the camera uses Contrast Detection AF mechanism. This works well for well-lit ambient conditions but is still slower than other focusing techniques. With CDAF, your camera focuses from nearest point to farthest point and compares outputs at these focus points until it determines the best one.

The next is the Image Signal Processor. Once your camera optics and CMOS sensor do their job, the ISP takes all the collected data and gets to work. Your phone’s ISP (Which is a part of the chipset being used) reproduces colors (called Demosaicing) and puts together the final photograph.

Besides this primary function, ISP also talks to the camera software and controls features like Auto Focus, exposure, white balance, etc. for the camera system.

Let’s quickly get you through a few more basic terms which you will often come across.

ISO – ISO is a measure of how sensitive your sensor is to light. So, if you want a dark scene to look bright, you will need a higher ISO. However, as you increase ISO, more noise creeps in. Sometimes camera software unnaturally boosts ISO very high in dark conditions which make images grainy. You will have to manually reduce it (if the pro mode is present that is) and find the perfect balance. 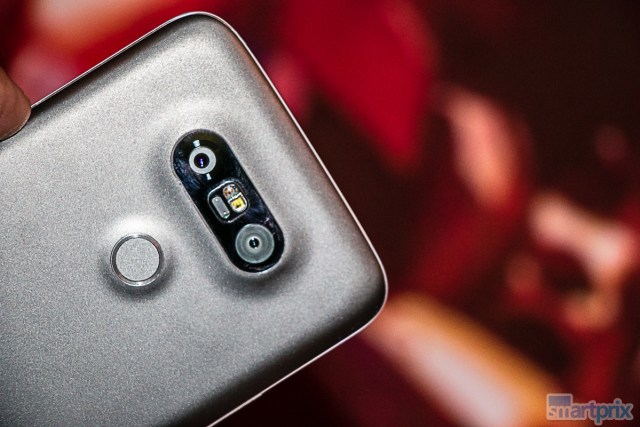 Exposure – Overexposed images look washed out. Underexposed images appear dark. This is a rather easy thing to spot. Some budget smartphones unevenly expose images in tricky lighting or in the direct afternoon sun and this is something you need to watch out for.

Stabilization – Optical Image Stabilization and Electronic Image Stabilization are used to offset motion blur or the blur that inevitably creeps in because of your unsteady hands holding the smartphone while shooting. OIS is better. Stabilization also helps with better low light images, as when the shutter is open a for a comparatively longer duration, there are more chances of your image being affected by minute movements and vibrations.

Also Read: Get A Sense Of Sensors That Are Packed Inside Your Smartphone

You must also keep in mind that OEMs have very limited budget for your smartphone camera (in comparison DSLR feel infinite times expensive), they have very little room to work with, optics is made of plastic and the smartphone cameras are expected to work well for sorts of photography (macro, landscape, portrait, etc).

With these kinds of constraints, it’s easy to understand why your phone camera quality isn’t anywhere close to what your DSLR offers. Also, it is very difficult to get everything right for the low budget handsets where the camera budget is around $30.

So by now, it must be clear how camera performance is dependent on a number of known and unknown variables. Even one bad egg can ruin your image in spite of all other factors working fine.

Manufacturers rely on software to work around these hardware constraints. As far as smartphones go, the best camera phone for basic users is the one which has the best software. If the software is intelligent enough to judge the scene right and tune to perfect settings in Auto mode, your photos will come out good more often than not (at least in good lighting).

So the only way to know if a smartphone camera is worth it is by relying on expert reviews. The spec sheet does not guarantee anything. At the same time, understanding everyday camera-related vocab is crucial for you to understand what the reviews are talking about in the first place.

Realme 8 Pro vs Xiaomi Redmi Note 10 Pro Max: Which one is a better buy?