A chatbot by OpenAI is taking the internet by storm as the maker has claimed more than 1 million users in just 1 week after launch. We’re talking about ChatGPT, an artificial intelligence-powered chatbot that will help you answer your query be it a question or a task such as debugging code. But how it is different from other answering engines and what makes it the most popular chatbot. I guess we want some answers now.

What makes ChatGPT so powerful?

OpenAI is an organization established by Elon Musk in 2015, consisting of for-profit and non-profit research in Artificial Intelligence. It has products like GPT 3.5 (Generative Pre-trained Transformer) and DALL-E-2, which converts images from textual descriptions.

ChatGPT is a model built upon GPT which interacts with user input conversationally. You can compare its work a little bit similar to Google Assistant and Apple’s Siri. While both these AI assistants work on voice commands to get information on the internet, ChatGPT creates a reply in text using a much larger dataset.

Built on the latest version GPT 3.5 and using Reinforcement Learning from Human Feedback (RLHF) technology, ChatGPT contains 175 billion parameters that make it possible to converse in dialogue format. But unlike other chatbots, ChatGPT can write jokes, college essays, and simple-level computer code.

The complex benefits of ChatGPT start when you could fix your programming codes through debugging done by ChatGPT. Although there are several filters for apprehending racist, sexist, or misogynistic questions, sometimes you’ll get a response that starts with, “I’m sorry, but I’m not able to browse the internet or access any information beyond what I was trained on, which was up to 2021. I’m a large language model trained by OpenAI, and I generate responses based on the input I receive.”

How to explore ChatGPT?

You can register yourself directly on OpenAI’s website and access ChatGPT from there. After registering, just go to chat.openai.com and you can start asking queries into the text generator. While the tweets of chats have gone already viral with funny, amusing, and complex tasks.

My conversational thread went up to 10 questions after which it crashed. Crashing might be an initial issue as there has humongous traffic since its release. But it will be optimized with more use.

The current answers of ChatGPT are based on world information fed to it till 2021. It doesn’t receive any information through the internet and this displays discrepancies in answers. While it’s just a start, applications based on ChatGPT have already surfaced in the market (like God in a Box) and will be soon adopted by the public too.

Ban, Blockade, and Barriers for ChatGPT

The popular programming forum, Stack Overflow has banned the answers from ChatGPT temporarily stating the inaccuracy in responses. The forum stated that the responses generated are not factually correct but represented in the right sentences. But that’s not the end of ChatGPT’s false premises.

Before recent modification, ChatGPT generated responses that received a lot of backlashes because of their racist and sexist nature in the form of programming answers.

The barrier of being disconnected from the internet may make some faces frown but that’s what you get from a search engine, not an answering engine. And since the training engine comprises human responses, the result we see can not be conceived within the notions of right and wrong but just a response build upon the majority voices.

The future is already here with answering engines that make conversations with machines feel real. ChatGPT is still in shards and the result will be a perfect conversation with the concept of the right answer still being in the twilight.

Sketchy ChatGPT’ App Found on the App Store at $7.99

Have you heard about ChatGPT? Yes, that’s an AI chatbot that has mushroomed in popularity thanks to its short and long-form human-mimicking responses. Well, it is available on its web i.e. web-based but seems like someone has created an app with the same name on the App Store. What’s intriguing is the fact that the …

The Reliance Industries Limited (RIL) launched a WhatsApp chatbot in order to assist its shareholders, media, and the public for the queries regarding RIL’s upcoming 43rd AGM. Since the coronavirus situation has restricted mass-gathering, Reliance is going for a virtual meeting for the first time in its history. FYI, India’s biggest company Reliance Industries always … 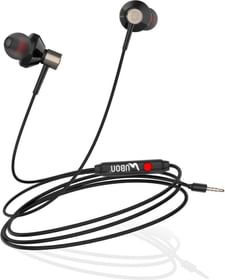