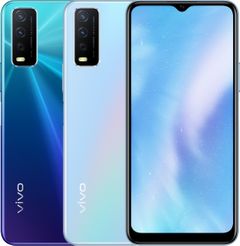 Vivo launched the Y30 Standard Edition phone with a 5,000mAh battery, a 6.5-inch HD+ display, and a side-mounted fingerprint sensor. On the optics side, the smartphone has a 13MP dual rear camera setup and an 8MP selfie camera. Besides, it runs on the Android 10 operating system with 6GB of RAM and 128GB of base storage. Let’s read more about Vivo Y30 Standard Edition and see if it matches your preferences.

Vivo Y30 Standard Edition phone includes a 6.5-inch IPS LCD display with a waterdrop notch. The screen has a standard size with a resolution of 720x1600px. Also, it has a pixel density of 270ppi. Based on the details, the visuals are expected to be slightly fuzzy but won’ affect the performance much.

Vivo Y30 Standard Edition smartphone runs on the Android 10-operating system out of the box. A MediaTek Helio P35 chipset with octa-core processors drives the phone while a PowerVR GE8320 GPU renders graphics for the demanding apps and games.