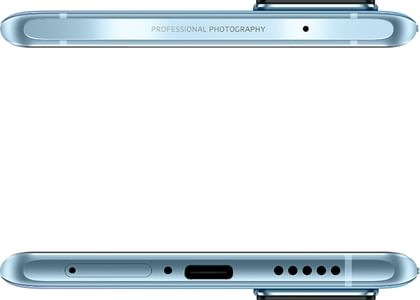 Vivo X60 Pro price in India starts from ₹36,994. It was available at lowest price on Croma in India as on Dec 07, 2022. Take a look at Vivo X60 Pro detailed specifications and features.

Read More
This Mobile Phone is Out of Stock.
Set an Alert to know when it comes back in stock.
₹36,994
Search

Vivo X60 Pro is the successor to the Vivo X50 Pro that came recently. On the optics side, Vivo X60 Pro includes 48MP quad-rear cameras and a 32MP punch-hole camera. Under the hood, the Vivo X60 Pro has 5nm processed Samsung Exynos 1080 octa-core processors paired with 8GB of RAM and 256GB of UFS3.1 storage. Let’s read the details of the Vivo X60 Pro closely and see what else it hides.

Vivo X60 Pro sports a 6.5-inch AMOLED display with a punch-hole. This is a 120Hz screen with HDR10+ compliant. Also, the panel has FHD+ resolution of 1080x2376px with a pixel density of 385ppi. It has narrow bezels and a slim notch chin that amounts to more than 92% of screen to body ratio. With the given details, the display is expected to show sharp and contrast visuals with great detail. VivoX60 Pro has an in-display fingerprint sensor for security unlocks.

Vivo X60 Pro comes with 48MP quad-rear camera setup backed by an LED flash. The primary 48MP camera supports OIS with an f/1.48 lens, it is followed by a pair of 13MP of an ultra-wide camera and a portrait shooter, and the last one is an 8MP periscope sensor with autofocus. With the help of multiple cameras, you may expect to get decent and detailed shots. For getting selfies and video calls, you get a 32MP punch-hole camera. As far as the recording is concerned, you may capture UHD 4K videos @30fps using the main rear camera.

Vivo X60 Pro is driven by Samsung’s 5nm process Exynos 1080 octa-core processors that tick at a clock speed of 2.8GHz. This is a flagship-grade SoC from the house of Samsung after Exynos 980 chipset. Vivo X60 Pro runs on Android v Q with OriginOS on top of it. The chipset is integrated with 8GB of RAM and a Mali-G78 GPU that offers a lag-free multitasking experience and stable graphic rendering for stable gaming. The smartphone includes user-friendly sensors like Gyro, Accelerometer, Compass, Light sensor, etc.

Vivo X60 Pro packs a 4,200mAh Li-Po battery that supports 33W fast charging set up out of the box. The battery size of the Vivo X60 Pro is slightly lower than the Vivo X60. However, a full day of battery life is expected on normal usage of the phone. Also, you may charge the phone quickly using the fast charger.

Vivo X60 Pro connectivity options include 3G, 4G, 5G (in-selected markets), and VoLTE feature that enables HD voice calls on compatible networks. Besides, it has WIFi, Bluetooth 5.1 that offers stable and fast pairing, and a USB Type C port. For real-time navigation, it has GPS with A-GPS, GLONASS, Beidou, and Galileo.

What would be the price of Vivo X60 Pro?

When Vivo X60 Pro is launching?

How much is the battery capacity of the Vivo X60 Pro?