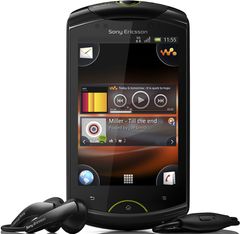 70
Expert Rating
Good
Based on 2 Reviews
Positive:
1
Mixed:
0
Negative:
0
NA
GSM Arena
Sony Ericsson Live with Walkman review: Droid's got talent
The Live with Walkman will take over from the Sony Ericsson W8. Its nothing out of the natural order of things. A neat and straightforward upgrade to 5MP autofocus, HD video, a 1GHz processor and a bigger screen. This is an upgrade that makes sense in the context of the Xperia lineup.