Read More
This Mobile Phone is Out of Stock.
Set an Alert to know when it comes back in stock.
₹24,500
Search 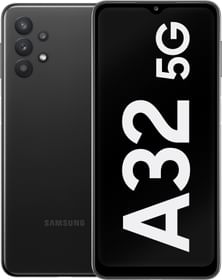 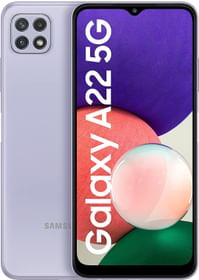 Samsung Galaxy S6 Review and Specifications: The Next Gen Smartphone

The Best of Samsung.If you have the Budget dont wait go for it

Do you listen your head or heart??

Every 6 months, 'Change the phone' bug bites me. It's been a long list from Blackberry to Iphone- 3gs, 4, 4s to almost all the budget phones in that order- Moto G, Lumia 535, HTC 516, HTC 820 and the last one being Asus Zenfone2- 4GB-2.3 Ghz. And I've always wondered on anyone would spend a fortune on a 'flagship' when all the specs are right there for less than half the price!! Well, this time I went with lets spend some money and feel stupid about it mode. The list was restricted to only the flagships- Iphone 6/6s, HTC M8/M9, Sony Z5,Samsung S6/Edge. It took almost a week to finalize S6 as the final option. Driving factors were simple for me -Not a fan of iTunes and hate hours that I'll need to spend on data transfer -Z5 could find only the premium and boy, they do really charge a premium. The mixed user reviews put me off on this one - HTC- I had 2 HTCs and my friend who owns an M8 advised against it, You enjoy it for the first 30 days and then bugs creep in. Well, it's the north of 50K, so this one fell flat S6- Went to the samsung showroom and the I had a huge smile on my face when I took the device in my hand!! Heart wins with this one and the negative reviews fell on deaf ears. Online order was slick as usual with Flipkart, 2 days to deliver and a brand new product with no blemishes on it!! Pros: Discussed too many times and the same list checks on every count for me. -Sleek and really beautiful- I prefer the black, but blue & gold are excellent choices who can carry it off - Really fast performance, switching screen, HD games, internet don't even take a sec - Did not notice even slight warmth with heavy use- 12 apps in the background (including 2 games and I was browsing on 4g for about 15 mins. This is a big plus for me!! - Crisp screen, beautiful colour reproduction, excellent music output with 'headphones', camera better that Iphone 6!! literally fought with my wife to prove her iphone6 cam is not even close to this one, especially the front one. Cons - Wish the battery lasted one full day. This one runs out of juice by 6:00 p.m and definitely needs a boost in the evening. Fast charging helps here and concerns during travel answered with a power bank. - Loudspeaker (hands off) could be better. HTC is way better than this one. Even the Asus was louder!! - It's too slim and slippery, get a back cover. Gives me scares every time I reach for this one from my pocket. Guess 3/4 years with tacky plasticky budget phones didn't help either - Indian SIM only!! Why would anyone do that? This means I need to get another phone for the occasional International travels!! All budget phones gives these same specs or better. Infact, I didn't even feel happy the first day thinking about the Money spent!! Well, now I know why few phones costs so much. It can't explained in words- there's a smile everytime I look at this piece and yes, a scare if something were to happen to this one- too much money you see :). If you can afford it, get one. You would stop thinking about all the cons in 2 days. The +ves far outweigh the -ves.

The sellers who probably are hand in glove with Chinese/cheap suppliers using flipkart to dump off the goods and nothing is returned as their return policy disclaimers are completely seller friendly . Lets see till how long the show continues

6 Comments
Be the first to leave a comment.
VIEW ALL COMMENTS (6) →