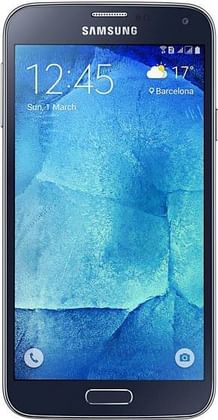 Read More
This is an Upcoming Mobile Phone. Samsung Galaxy S5 Neo is expected to launch soon.
Set an Alert to know when it launches.
₹29,999
Search

#ExpertReview
By Smartprix • 7 years ago
In an age and time of Galaxy S6 and its numerous variants, the new Galaxy S5 Neo indeed sounds and feels like a blast from the past. The handset retains the original Galaxy S5 design and went official on Korean manufacturer’s Brazilian website as Galaxy S5 New Edition. The handset flaunts a 5.1 Inch Full HD display, just as the original S5, but employs a new 1.6GHz Octa-Core 64-bit Exynos 7580 processor with 2GB RAM and 16GB internal storage. This is the same chipset which we experienced in Galaxy J7 and it did perform to our satisfaction. The handset is dust and water Software is Android 5.1 Lollipop based touchwiz UI, while other notable features include 4G LTE-A / 3G HSPA+ up to 42 Mbps, Wi-Fi 802.11ac (2X2 MIMO), Bluetooth v4.0 LE, GPS, Fingerprint sensor, Heart rate sensor and a 2800 mAh battery. Will new guts in old casing work for Samsung? Perhaps if the price is right. Consumers surely won’t be willing to pay a premium for a phone that resembles 1 year old flagship, even with refreshed internals. Samsung S5 Neo is expected to hit retail shelves in India sometime later and the expected lowest price of Samsung Galaxy S5 New Edition should be around 30k. There is no official word regarding when you can buy Galaxy S5 New Edition online or Galaxy S5 New Edition price.
Read Full Review →
VIEW ALL EXPERT REVIEWS (1) →

Write a Review
4.4
96 ratings
Be the first to write a review
WRITE A REVIEW →

Oppo Find N2 Series was launched at the company’s INNO Day conference in 2022 in China. The event saw Oppo launching the first clamshell folding phone, Oppo Find N2 Flip. Now the foldable is all set to make i…

Since the last few weeks, there have been rumors about a Coca-Cola-branded smartphone coming to the Indian market. Reportedly, the American soft drink giant Coca-Cola has collaborated with a smartphone giant …

Sony is reportedly working on a new variant of PS5 that will be most probably named PS5 Pro. A report published by PhonAndroid revealed the tentative launch timeline of the PS5 Pro along with a glimpse of wha…