Read More
This is an Upcoming Mobile Phone. Samsung Galaxy J5 (2017) is expected to launch soon.
Set an Alert to know when it launches.
₹12,999
Search 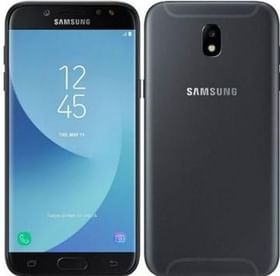 #ExpertReview
By Smartprix • 5 years ago
Flagship Galaxy S-series design elements are gradually seeping down to mid-range Samsung phones. This year, we could see some refinements in J-series phones as well. The Samsung Galaxy J5 (2017) is expected to flaunt a metal unibody design with a Super AMOLED screen layered with 2.5D curved glass on the front. The home button on the front also integrates a fingerprint sensor. There are U-shaped bands on the rear that make the phone look quite attractive. Other Samsung Galaxy J5 (2017) specifications and features include 1.4GHz Exynos octa-core processor, 2GB of RAM and 16GB of internal storage and 3000mAh battery. The Samsung Galaxy J5 (2017) price in India is expected to be around 15,000 INR at the launch. For now, the specification details of Galaxy J5 haven't been confirmed officially. You can subscribe to updates above to receive price alerts for the Samsung Galaxy A5 2017.
Read Full Review →
VIEW ALL EXPERT REVIEWS (3) →

The smartphone is very good.