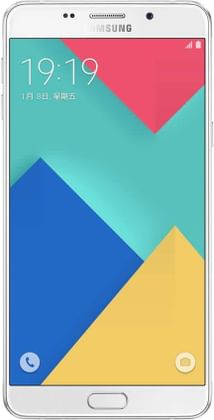 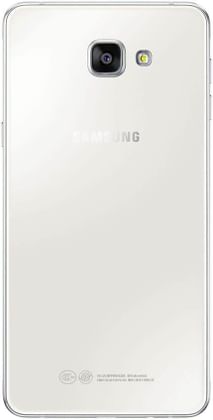 Read More
This Mobile Phone is Out of Stock.
Set an Alert to know when it comes back in stock.
₹14,975
Search

#ExpertReview
By Smartprix • 6 years ago
Samsung’s A series phones provide viable mid-range alternatives, covering the middle ground between the Affordable Galaxy J Series and flagship S series smartphones. The Galaxy A9 Pro 2016 is the top of the line A series handset that will retail at both online and offline stores. The first thing you will notice about the Galaxy A9 Pro is its sheer scale. With a display size of 6-inches and a 5000mAh battery resting within its reasonably chunky body, the Galaxy A9 Pro is meant for people who prefer gigantic phones. It looks gorgeous though. There is 2.5D glass on both front and rear surface and a metal side frame. Except for the bigger size, the design is similar to 2016 variants of Galaxy A5 and Galaxy A7. The AMOLED panel feels vivid, bright and beautiful, but with full HD resolution, this isn’t a very crisp display. The Galaxy A9 Pro is powered by Snapdragon 652 processor, paired with 4GB RAM and 32GB storage. A separate MicroSD card slot lets you add another 256GB of secondary storage. The Software is Android 6.0 Marshmallow based TouchWiz UI. The 5000mAh battery makes the phone heavy (210 grams), but should be a worthy tradeoff for those who prioritize longevity. Samsung has also employed a decent 16MP rear camera with OIS, f/1.9 aperture, LED flash alongside an 8MP, f/1.9 aperture selfie shooter. Other features include 4G LTE, Wi-Fi 802.11ac, Bluetooth v 4.2, ANT+, and NFC. The Samsung Galaxy A9 Pro Price in India is 32,490 INR. If you are looking for tier-1 branded options and are comfortable wielding large display phablets, you can buy Samsung Galaxy A9 Pro from offline and online stores in India.
Read Full Review →
VIEW ALL EXPERT REVIEWS (1) →

One of the good phones Samsung has ever made

The phone is beautiful and at the same time full of power. Looks elegant and premium in hand, screen is superb. Although it lacks gyro, but overall serves the purpose of a smartphone.

This is very good phone by samsung with 6 inch super amoled display. The camera quality is also awsome. The gaming performance is great.

Samsung, apart from maintaining a stronghold on the smartphone market, also keeps launching TWS products. Recently, the brand has refreshed its portfolio with the launch of the Galaxy Buds 2 Pro in the Galaxy…