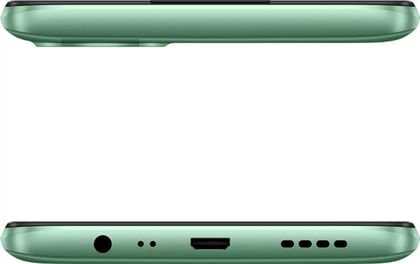 Realme C11 price in India starts from ₹7,500. It is available at lowest price on Flipkart in India as on Dec 04, 2022. Take a look at Realme C11 detailed specifications and features.

available at 2 stores →
Too expensive? Set an Alert for a price drop.
Realme C11 price in India is ₹7,500. You can buy Realme C11 online on Flipkart at lowest price. Realme C11 was last updated on December 4, 2022 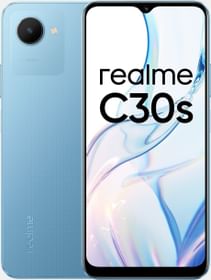 Realme C11 comes under the C-series of Realme smartphones. This is an entry-level smartphone with a stylish look and basic configuration. The phone packs a 13MP dual-rear cameras and a 5MP selfie cam. For performance, the phone depends on a MediaTek G35 chipset which is coupled with 2GB of RAM and 32GB of internal storage. The Realme C11 budget-friendly smartphone is backed by a 5,000mAh battery. Let’s dive into the details of Realme C11 and see what else it hides under the hood.

Realme C11 is fitted with a 6.5-inch IPS LCD screen with a waterdrop notch at the top. The screen has a resolution of 720x1600 pixels with a pixel density of 270 PPI - which is far from ideal. The text and images are expected to be a bit fuzzy but judging for the price it seems fair. However, you get a fair display size with an aspect ratio of 20:9 to counter with the daily needs apps on your phone. Plus, this long display might treat your eyes.

Realme C11 is powered by a dual rear cam sporting a 13MP primary camera and a 2MP depth sensor for capturing shots like portraits and depth images. On the front side of the phone, you get a 5MP selfie camera inside the notch. As far as the video recording is concerned, you can shot full HD 1080p videos @30fps using the rear cameras. A reminder, expecting high-quality pictures from this entry-level phone might hurt you.

Realme C11 is powered by android 10 and runs on Realme UI1.0. The phone is driven by an Helio G35 chipset with octa-core processors. It runs on 2GB of RAM for average multitasking and gaming performance while GE8320 GPU to handle the graphics performance. User-friendly sensors like Accelerometer, Proximity, and Compass are present.

Realme C11 is backed by a notable 5000mAh battery and supports a 10W proprietary charger out of the box. Based on the battery size, you may expect a day of power-backup under average usage. Also, budget phones with a bigger battery manage to draw buyers.

Realme C11 has an inbuilt storage of 32GB that can be expanded up to 256GB using an external sd-card slot. This gives you extra space for storing your apps and games.

What is the price of Realme C11?

realme C11 launched today at Rs. 7,499 and is totally worth it (except 2GB RAM could've been improved)

one of the best phones in budget with Mediatek helio G35

How much is the battery capacity of Realme C11?

The battery capacity of the Realme C11 is 5000mAh.

When Realme C11 will launch?