OPPO F17 price in India starts from ₹19,990. It is available at lowest price on Flipkart in India as on Oct 04, 2022. Take a look at OPPO F17 detailed specifications and features. 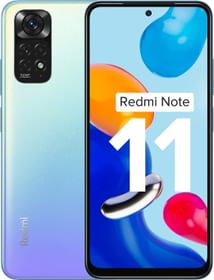 Oppo F17 is a mid-range smartphone with cool specifications from the house of brand Oppo. Oppo F17 is the successor to the Oppo F15 that was unveiled recently. The phone runs on Android 10 with Color OS 7 on top. It is fitted with a 6.4-inch AMOLED Full HD display with a waterdrop notch. Adding more, on the rear side of the phone, there’s a set up of 16MP quad-rear camera with a dedicated LED flash. For the performance, the phone houses a Snapdragon 662 chipset coupled with 6GB of RAM and 128GB of onboard storage. Let’s analyze Oppo F17 and its details and see if it can stand a chance against the other mid-rangers.

Oppo F17 brings a 6.4-inches color super AMOLED display with a waterdrop notch on the top. The panel has a full HD resolution of 1080x2400px with a pixel density of 408PPI. Based on its resolution, the display is expected to produce sharp and clear visuals. Biometrics features included an in-display fingerprint sensor and face unlock. The display of the phone is tall enough to treat your eyes, also it has an aspect ratio of 20:9.

The phone is solidly built and has a polycarbonate glossy finish back panel. The phone has ergonomics features, it stands at a height of 159mm and has a slim 7.4mm of the thick body with a light 163g of weight. Handling the phone might be easy for the buyers as it has a light body. The power button is placed on the right side of the phone; whereas the volume rockers are on the left side.

Oppo F17 runs on the Android 10 operating system with ColorOS7 on top of it. The phone has a Snapdragon 662 SoC for driving it. The chipset has 8-performance cores that clocks at a speed of 2GHz. The chipset meets with 6GB of RAM for performing the background and the multitasks and for handling the graphics power for the demanding applications, it has Adreno 610 GPU. Userfriendly sensors on the phones are Light sensor, Proximity sensor, Accelerometer, and Gyroscope.

Oppo F17 has a quad rear-camera set up for assisting with photographs and videos. A main 16MP primary sensor is followed by an 8MP ultra wide-angle-lens, and two 2MPs’ of a depth sensor and a macro camera. The camera app includes features like Digital Zoom, Auto Flash, Face detection, and Touch to focus better on the camera. For selfies and video calls, there’s a 16MP camera that lives inside the notch. As far as the video recording is concerned, you can record FHD 1080p videos @30fps.

Oppo F17 is backed by a 4,000mAh Li-ion battery underneath. Judging upon the battery size, you may expect a day of power backup under average usage of the phone. Also, Oppo F17 comes with a 30W Vooc4.0 charger out of the box.

Oppo F17 has 128GB of inbuilt storage capacity for storing your apps and gamers. Also, there’s an extra-card slot that can be expanded up to 256GB using a micro-sd card. This makes more space for more files like videos, photos, documents, etc.

Oppo F17 has the usual set of connectivity options that include 3G, 4G VoLTE that enables HD voice and video calls on supported Jio networks, dual-band WiFi 802.11ac, Bluetooth5.0, USB Type C port. For online location tracking, it is supported by constellations like GPS with A-GPS, GLONASS, Galileo, and BDS.

Waste phone..... It just not even a month ago I have the phone worst experience I'm having..... It will not vibrate in the pocket if kept in silent mode with vibrate on.... Games also will be like slow and hanging out.