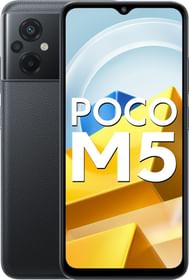 Find here the full details of the Motorola Moto G31 with full specs and features. The smartphone brings a MediaTek Helio G85 octa-core processor alongside 6GB RAM & 128GB onboard storage, it has a 6.4-inch FHD+ punch-hole screen, a 50MP triple-rear camera, a Type-C charging port, and the phone is backed by a big 5,000mAh battery. Check all the features of the Moto G31 and see what else it has to offer.

The smartphone has a 6.4-inch AMOLED display with a punch-hole notch. The screen offers up to 700-nits of brightness alongside an FHD+ resolution of 1080x2400px and 411PPI. Besides, the panel has nearly 89% of the screen-to-body ratio for better viewing.

Motorola Moto G31 carries a 50MP triple-rear camera with an LED flash. The backside of the phone has the main camera followed by an 8MP Ultra-wide sensor and a 2MP macro camera with autofocus. As for assisting selfies and video chats, the smartphone has a 13MP camera inside the notch.

The smartphone is powered by a 12nm MediaTek Helio G85 octa-core processor. It is paired with 6GB RAM and a Mali-G52 GPU for better gaming and multitasking performance. As for the software, the phone runs on the Android v11 operating system out of the box. Besides, a side-fingerprint scanner can be used to unlock the phone.

Motorola Moto G31 is an affordable Android smartphone with a big 5,000mAh Li-Po battery. Also, the phone supports fast charging and ships with a 20W charger. Judging upon the battery size, a full day of power backup is expected on normal usage.

The connectivity options present on the Motorola Moto G31 are 4G, VoLTE with dual-standby, Wi-Fi, Bluetooth 5, a 3.5mm audio jack, and a USB Type-C port. Besides, the phone has GPS with A-GPS, SUPL, LTEPP, GLONASS, and Galileo for online location tracking.

The AMOLED display is pretty nice. Good choice of helio processor too