Read More
This is an Upcoming Mobile Phone. Lenovo K12 is expected to launch soon.
Set an Alert to know when it launches.
₹8,499
Search 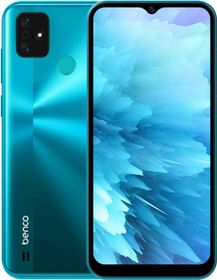 Lenovo released K12-series smartphone alongside Lenovo K12, K12 Pro, and K12 Note. Lenovo K12 is an affordable Android smartphone with a 5,000mAh battery and a 6.5-inch HD+ display. On the optics side, it has 48-MP dual rear cameras and an 8MP front camera. Let’s read more about the phone and see how it performs.

Lenovo K12 smartphone brings a 6.5-inch display with a teardrop notch. The IPS LCD panel offers an HD+ resolution of 720x1600px with a pixel density of 2700ppi. Having said that, the screen is expected to portray usual pictures with detailed texts. Also, the screen size is decent for watching movies and entertainment.

Lenovo K12 smartphone has 48-MP dual rear cameras with an LED flash. The primary 48MP camera is paired with a 2MP depth sensor with autofocus. Basic photography can be sorted out using the cameras. Also, you may click portrait shots using the depth sensor. For recording, the main camera records FHD 1080p videos @30fps. Lenovo K12 has an 8MP selfie camera that supports face unlock.

Lenovo K12 smartphone runs on Android 10 operations system out of the box. It gets assistance from a Snapdragon460 octa-core processor that is paired with Adreno 610GPU for rendering graphic system on the phone. The phone relies on 4GB of RAM for the background tasks. With the given details, the phone is expected to perform basic tasks. Also, the phone has a rear-mounted fingerprint sensor for security unlocks.

Lenovo k12 smartphone packs a 5,000mAh battery with a reverse charging feature. The battery size is decent and can attract buyers who prefer big battery phones at a minimal price. Judging upon the battery size, a full day of power backup is expected.

Lenovo K12 comes with 64GB of internal storage. You may use this option to store apps, games, and other useful files. Also, it comes with an extra hybrid-card slot that makes more space for movies, photos, videos, music, etc.

Write a Review
4.5
89 ratings
Be the first to write a review
WRITE A REVIEW →

No, Lenovo K12 doesn't support 5G in India or any other country.

How much is battery capacity of Lenovo K12?

What would be the price of Lenovo K12 ?