itel A47 price in India starts from ₹5,090. It was available at lowest price on Amazon in India as on Feb 03, 2023. Take a look at itel A47 detailed specifications and features.

Read More
This Mobile Phone is Out of Stock.
Set an Alert to know when it comes back in stock.
₹5,090
Search

itel A47 is a low-end budget phone with a stylish back panel that includes 5MP dual-rear cameras with an LED flash. It is fitted with a compact 5.5-inch HD+ display and is backed by a 3020mAh battery. itel A47 runs on Android 9 Pie and it has 2GB of RAM and 32GB of inbuilt storage. Let’s read more about it and see if it is worth buying.

itel A47 comes fitted with a 5.5-inch LCD screen. It has 720x1440px HD+ resolution with a pixel density of 312PPI. The aspect ratio of the phone is 18:9 and based on the configuration, the display is expected to produce decent visuals that might keep you more entertained on the phone.

itel A47 has 5MP dual-rear cameras with an LED flash. The main 5MP camera is paired with a VGA sensor. You may sort out basic camera expectations from the following snappers. For selfies and video calls, you get another 5MP camera. As far as the recording is concerned, the main rear camera records 720p HD videos.

itel A47 runs on the Android 9 (Pie) operating system out of the box. The SoC has quad-core processors coupled with 2GB of RAM that assists with the background tasks on the phone, while an average GPU renders graphic performance. The phone has average configurations to run daily tasks. Judging upon the price tag it has reasonable specifications. Also, it has a rear-mounted fingerprint sensor for unlocking.

itel A47 gets charged from a 3,020mAh battery underneath. It comes with a proprietary charger out of the box. Based on the battery capacity, you may expect a day of power back up under minor usage. However, a big battery would easily draw heavy users towards it.

itel A47 has 32GB of internal storage for storing apps, games, etc. Also, the phone has an expandable storage card-slot that makes more room for videos, music, photos, files, etc.

Itel A47 connectivity options are 3G, 4G, and VoLTE that enable HD voice calls and video calls on supported networks. It has WiFi, Bluetooth 4.2, a Micro USB port with OTG, and charging. For online location tracking, the phone has Google’s GPS.

Does itel A47 support memory card?

Does itel A47 support fast charging?

How much is the battery capacity is of itel A47?

What would be the price of itel A47?

When itel A47 is launching?

The Poco X5 Pro will go official in India on February 6, one day before the OnePlus 11 makes its debut worldwide, according to Poco. The Poco X5 Pro‘s design has been unveiled, and a 108-megapixel primary cam…

Oppo is reportedly working on a new tablet that will be launched in the market with the moniker Oppo Pad 2. In a recent development, the specifications and features of the Oppo Pad 2 have surfaced online via … 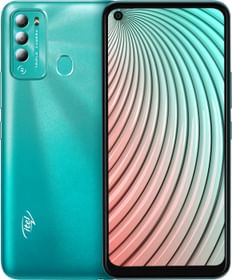