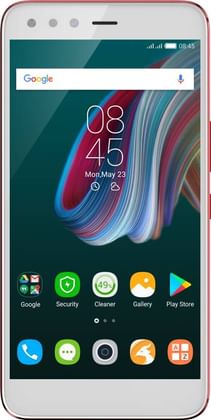 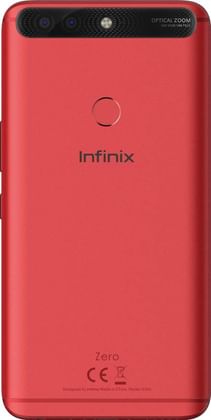 Infinix Zero 5 price in India starts from ₹14,999. It was available at lowest price on Flipkart in India as on Aug 08, 2022. Take a look at Infinix Zero 5 detailed specifications and features.

Read More
This Mobile Phone is Out of Stock.
Set an Alert to know when it comes back in stock.
₹14,999
Search

#ExpertReview
By Smartprix • 4 years ago
Transsion Holding sub-brand Infinix recently launched its Zero 5 which will be company’s flagship for 2017. The phone has two USPs its rear camera and big battery as per the company. Let’s talk about the phone first, the Zero 5 ships with a 6-inch full HD LTPS Incell display which is shielded by Gorilla Glass 3. It has 368 ppi pixel density which not staggering but decent enough to render sharp images. The phone has metal unibody design. Infinix has sourced an octa-core MediaTek Helio P25 chipset ticking at 2.6GHz. The SoC is aided 6GB of DDR4X RAM. The phone comes with 64GB of onboard storage, which can be further bumped up to 128GB using a microSD card. Talking about the Infinix Zero 5 optics, it boasts a dual camera module on the rear panel featuring 12-megapixel + 13-megapixel telephoto sensors. Benefits of the telephoto lens clearly visible as it lets user to go up to 2X in optical zoom and also let them take Portrait shots with a bokeh effect. Upfront, it features a 16-megapixel selfie camera with flash. Infinix is offering the Zero 5 with a beefy 4,350mAh battery which supports X-charge – a fast charging technology. The dual SIM phone comes with a support for 20 LTE bands. The phone comes with a rear-mounted fingerprint sensor. It is running on Android Nougat based XOS 3.0. Infinix Zero 5 Best Price In india The Zero 5 lowest online price is Rs 17,999. It is only available on Flipkart as of now. It will be offered three hues of Sandstone Black, Champagne Gold, Bordeaux Red, and Bronze and Gold.
Read Full Review →
VIEW ALL EXPERT REVIEWS (1) →

Overall A Decent phone but....

I am posting this review of Infinix Zero 5 after more than 18 months of use. I found this phone quite good for day to day usage it has good amount of ram to handle multitasks. screen resolution is decent and well lit screen in day light. camera is good and pictures are producing more real colors and true tones. battery last 1 full day easily with above moderate usage. no big complaints on that part but only thing that pinches is the phone is not receiving any android OS upgrade so far (at least in India) it is still running on Android N, as per the hardware the phone has I feel that it can easily handle even Android O .. and may be Android P.. UI is decent but does have some preinstalled useless apps and I do get updates for apps like dailyhunt (as system app update) which is annoying ... I believe company shall roll out some software as well as UI updates for this phone in india as well it can handle them with ease.

first n most I selected for colour which is great n quality of colour n material is gud .next important thing is 6gb ram n internal 64 with extendable slot separate gud option .camera front one awesome compare to rear which is 7 out of 10 . software XOS hummingbird gud .n get very user-friendly .box content earphone ok ok .best part it's battery .u get sure for two days if u are not gamy n all ....over all economically I rate tis phone with all its features comparing high end mobiles with same features 8/10 .

Infinix india :- do you have any any any plan of providing Android OS and UI Upgrading for this phone at all? if yes, than when we can expect them to come? and please stop sending updates for apps like dailyhunts as system app updates.