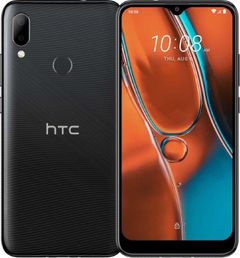 HTC Wildfire E2 is an entry-level smartphone from the Taiwanese smartphone maker HTC. This budget phone comes in the Wildfire line up and has quite useful features. HTC Wildfire E2 comes with 12MP triple rear-cameras and an 8MP selfie cam. For the performance, the phone depends on MediaTek’s Helio P22 SoC coupled with 4GB of RAM and 64GB of onboard storage. Under the hood, the phone houses an average 3300mAh battery. Let’s read more about HTC Wildfire E2 in detail and see what else the phone hides.

HTC Wildfire E2 is fitted with a 6.2-inch IPS LCD display with a waterdrop notch at the top. The panel has HD+ a resolution of 720x1520 pixels which amounts to 271PPI. The display is likely to produce average visuals with the given PPI. The aspect ratio of the phone is 19.5:9 with screen to body ratio of 81%. You can enjoy movies and gaming on more screen with minimum bezels around.

The phone is solidly built and has a polycarbonate glossy finish in the back panel. It has a dedicated fingerprint sensor on the backside of the phone. You may like the ergonomics of this phone, HTC has tried to manage 8mm of thickness which is thick but it has a lightweight of 160grams which is lighter in comparison to other phones. Also, you get a 3.5mm headphone jack and type C port on this phone.

HTC Wildfire E2 flaunts a triple array of rear cameras to assist in photography. There’s a 16MP wide-angle camera coupled with an 8MP of a Telephoto sensor and a 5MP depth sensor with autofocus. For selfies and video calls, you get an 8MP front camera. As far as the video recording is concerned, you can record FHD 1080p videos @30fps from the both front and the rear cameras.

Wildfire E2 runs on Android 10 and is powered by MediaTek’s Helio P22 chipset. It houses 4GB of RAM to deal with the multitasks while PowerVR GE8320 GPU manages the graphics to handle the demanding apps and games. This midrange chipset can handle the basic needs of the phone but heavy multitasking may affect the performance of the phone. You may encounter a slight lag while playing high-end games like Pub-G and Asphalt.

HTC Wildfire E2 is backed by an average 3300mAh battery. The battery seems a bit smaller for backing up a 6.2-inch display phone. However, you may expect a day of power backup under average usage.

HTC Wildfire E2 has 64GB of internal storage capacity where you can store apps and games. It also adds a hybrid card slot which is supported up to 256GB. You can use the external memory to store in your music, videos, photos, etc.