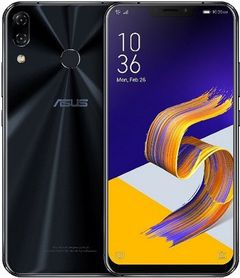 Asus Zenfone 5 ZE620KL is currently not available in any stores.
Who Viewed This Also Viewed ...

80
Expert Rating
Very Good
Based on 1 Reviews
Positive:
1
Mixed:
0
Negative:
0
80
Smartprix
Asus Zenfone 5 Review, Price, and Specifications
Asus presented its new Zenfone 5 lineup at MWC 2018. we won't know about Zenfone 5 India price for a while, at least not till Asus announces them here, but the Taiwanese electronics giant has confirmed that the new Zenfones are on their way.

The Zenfone 5 and Zenfone 5Z look identical. The former is meant to compete in the mid-range price segment, while the 5Z powered with Snapdragon 845 will retail as a OnePlus 5T ( or 6?) challenger sometime later in June.

The most distinguished feature about the Zenfone 5 is its iPhone X-like notch. Yes, Asus is blatantly copying from Apple but that's because it doesn't want to miss out on what it sees as an upcoming smartphone trend. Afterall, the missing 18:9 panel on Zenfone 4 series didn't play very well for the brand last year.

If you ask us, the Notch on the Zenfone 5 does have an aesthetic appeal. It's shorter than the one you'd see on iPhone X and is almost invisible when you open most apps. Once the notch is hidden with the black status bar, what you get is an 18: 9 ratio screen (otherwise, the panel is 19:9). The display quality is pretty good. Asus also adds an efficient blue light filter and an auto color temperature adjust toggle that can help make the display light on eys. This is particularly helpful if your eyes are sensitive to blue light or if you prefer warmer whites.

On the inside, the Zenfone 5 is powered by Snapdragon 636 paired with "up to 6GB" RAM and "up to 64GB" storage. The software is Android Oreo-based Zen UI 5.0. Asus has further cut down on bloatware, which was a big ZenUI problem. The redesigned skin is feature-rich, well optimized, and pleasant to use.

Asus also adds dual cameras on the rear. The second sensor has a wide-angle lens and can be used to capture wide landscape shots. Asus has added AI to the camera and the app can now recognize 16 different scenes and adjust camera settings accordingly. Asus also claims to have improved the Portrait mode but we are yet to verify these claims. The rear camera also benefits from OIS.

Other features include 8MP selfie camera, dual 4G VoLTE, WiFi, Bluetooth 5.0 and 3300mAh battery. The Asus Zenfone 5 is expected to be available for purchase in India starting late March or early April.read more →

Write a Review
90
User Rating
Very Good
Based on 3 Reviews
Positive:
3
Mixed:
0
Negative:
0
70
terst
Jio not supported
VOLTE is not supported in Jio. It only act as a LTE mobile with Jio simcard
0
0
Add Comment (0 total)
100
Rahul Gour
Awesome
Bhaiyo bhut mast smartphone hii you Ek fun bindasss
0
0
Add Comment (0 total)
100
ramiz raja
Asus needs to consider about its pricing
Everything in this phone is better than the redmi note5 pro but Asus loses the competition everytime for its higher pricing.. If Asus puts its Price at 15,000.. It will be the superhit phone of this year...
0
0
Add Comment (0 total)
Write a Review
Discussions
Related Products
Related Searches
Compared With
Related Deals
Related News
Report
Search The Product To Add