December launch event will see a host of products from Xiaomi going official.

Xiaomi is all set to host a big launch event in China soon. The event is being talked about because it will see the launch of the flagship Xiaomi 13 Series. But alongside it, the brand is expected to launch Watch S2, Buds 4, MIUI 14, and more. As more and more products are being added to the launch day, the event is getting more interesting with each passing moment. Let us have a look at what we might see tomorrow. The event was supposed to take place on 1st December at 7:30 local time.

The Xiaomi 13 series is most likely to include- Xiaomi 13 and Xiaomi 13 Pro. The renders leaked online give us a hint about the design of the smartphones. While Xiaomi 13 has flat edges and a boxy look that resembles iPhones, the pro version has curved edges. The smartphones have slim bezels while the volume rocker and power button are on the right side for both models. There are cutouts for 5G capability, USB Type-C port, speaker grille, microphones, and more. The back panel has a square module that consists of triple camera sensors along with an LED flash. Xiaomi 13 Pro is slightly bigger than Xiaomi 13.

Coming to the specs, the Xiaomi 13 is expected to sport a 6.2-inch 2K AMOLED panel with a 120Hz refresh rate, HDR10+, DC Dimming, flat edges, and a protective layer. It is said to be powered by Snapdragon 8 Gen 2 chipset and Adreno GPU paired with up to 12GB RAM and up to 256GB storage. It will most probably run Android 13-based custom MIUI 14 out of the box. In the camera department, the smartphone is claimed to have a triple-lens setup at the back including a 50MP primary sensor with OIS and EIS, an ultrawide angle lens, and a macro sensor. It might get a 32MP selfie lens and pack a 4700mAh battery with 120W fast charging. Connectivity options are said to include 5G, 4G LTE, WiFi 6, Bluetooth 5.3, GPS, NFC, and USB Type-C for charging. There will be an in-display fingerprint sensor as well.

Coming to the Pro Model, Xiaomi 13 Pro will have a larger display with curved edges and a 120Hz refresh rate. It will also be powered by Snapdragon 8 Gen 2 chipset and run MIUI 14. The renders have shown a square camera island with a glass back. It is said to pack a 4800mAh battery under the hood with 120W fast charging. In terms of camera, the Pro model will have a 50MP primary camera, a 50MP ultra-wide angle lens, and a 50MP telephoto lens. There will be a 32MP selfie lens.

The watch S2 will be the successor to the Watch S1. It is expected to have a circular dial with an AMOLED display, stainless steel body, Bluetooth calling, and GPS for route tracking and navigation.

The teaser image shows that the Buds 4 TWS will have an open-ear design with a sizable stem. There are microphone cutouts on each earbud. The buds will offer passive noise cancellation. The charging case has a dual-tone design and the buds might support Bluetooth 5.2, and 32 hours of playback.

A new Weibo post has revealed that Xiaomi is planning to launch a new desktop PC known as the Xiaomi Mini Host. It will be the brand’s first desktop PC. It is a high performance hardcore productivity tool with a cool design. The teaser image and the name suggest that the device will be a mini PC having a compact box shaped design just like most of the mini PCs around.

One advantage will be its compact size that makes it possible to carry them around and occupy less space. This will have high-end configurations suitable for all tasks like intense gaming, heavy software and more. More details are unknown as of now.

The Xiaomi 100G router is an epoch-making flagship device with impressive capabilities. Xiaomi has claimed it will herald the era of the 10G network at full speed with capability of overshooting its peak. The body is polygonal in shape and has up to 5 antennas with one of them having Xiaomi Router 10000 logo. It is expected to come with the necessary features and could become a financial management product like its predecessor.

The Xiaomi 10G Router will support the latest WiFi 7 protocol with improved transmission speed and lots of new features. the 10G router is expected to have a more powerful processor than the Qualcomm IPQ8072A of the AX9000.

We will get to know more about these devices when they officially launch tomorrow.

We have already reported about how Xiaomi is all geared up to launch the next flagship series, the Xiaomi 13 Series in their home country on the 8th of December. The series is expected to come to India soon and now a huge development has been seen in this regard. The Xiaomi 13 Pro model …

Xiaomi 13 Series could debut with MIUI 14 on December 1

Xiaomi has put a stamp on the launch of the Xiaomi 13 series in China. According to an official post by Xiaomi on Weibo, the Xiaomi 13 lineup will make its debut on December 1. The brand is all set to roll out Buds 4 TWS and Watch S2 along with the smartphone series. The … 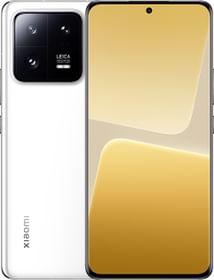