British luxury smartphone brand Vertu has now landed into the hands of a man belonging to an exiled and very secretive Turkish family. The company, which is known for bringing out exorbitant handsets as ridiculously expensive as £40,000, was earlier owned by the China-based Goding Holdings.

Also Read: Jio And Google Working Together On A Budget 4G Phone, Software For Smart TVs

Vertu, as we all know, was introduced by Nokia and catered to the wealthiest strata of the society, bringing out devices that featured sapphire screens, titanium frames, and ostrich leather casings.

After the Finnish company’s decline, the ownership of the company continues changing hands (this being the third time it has been done so), clearly depicting that the luxury brand has failed to live up to its billing.

The man in question, Hakan Uzan, is the de facto owner of the brand now, since Baferton Ltd, the Cyprus-registered company that took over Vertu is funded by him.

Also Read: Moto G5 Plus To Launch In India On March 15

Belonging to a family which is currently under political asylum in France with its current whereabouts unknown, Uzan is no stranger to controversies.

The Uzan family is one of Turkey’s most controversial families and was once found in contempt of court in Britain besides engaging in court proceedings with the current President of the United States, Donald Trump, and smartphone companies Nokia and Motorola.

In the 90s, the family borrowed large sums of money from both the companies but was unable to pay and the dispute has continued ever since then.

Uzan, along with his brother also invited the wrath of Trump after they reportedly backed out of buying apartments in the Trump tower.

Also Read: Smartphones Expected To Launch In India In March’17

The takeover has dealt a fresh blow to Vertu, which has been dealing with a crisis of its own, aggravated by fierce competition, high manufacturing costs and cheaper alternatives.

The OPPO Find X2 Series has already garnered immense acclaim owing to its stellar designs and performance capabilities. And now, OPPO has ushered an uber-premium collaboration with global automaker Lamborghini by introducing the exclusive FindX2 Pro AutoMobili Lamborghini Edition. OPPO’s association with top-tier brands from across the world goes long back. Building on its long-lived …

iQOO 11 is soon going to enter the Indian market, and like other phones from the brand, this one also has the potential to disrupt the industry. It is going to be the first smartphone in India to ship with the Qualcomm Snapdragon 8 Gen 2 processor. In a report by MySmartPrice, the future plans …

Samsung has 50 million units of stockpile due to low demand

The smartphone wing of South Korean giant Samsung has run aground with stock problems. In fact, the tech juggernaut currently has a stock inventory of 50 million units across all its distributors waiting to be sold. There are a few factors leading up to the stuck inventory of which, low demand is tagged as a …

In the past few years, we have seen that Chinese smartphone producers are sitting at the top of the Indian market with an 80 percent market share. Brands like Xiaomi, Vivo, Realme, and Oppo offer devices in all price segments, including entry-level devices, mid-range devices, and flagship devices. These brands have managed to make decent … 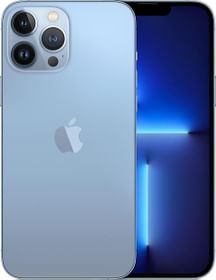 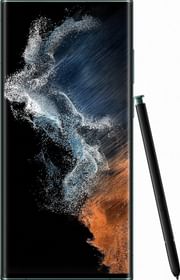