Redmi 10 has been spotted on Geekbench benchmarking website with model number 21121119VL. This has happened a few days after Redmi 10A was spotted on the Geekbench and FCC listings. Although Redmi has already confirmed that it is launching Redmi Note 11 Series in India, now it seems as if Redmi 10 Series will also find its way to the Indian market.

While Redmi Note 11 and Redmi Note 11S have been confirmed to launch on February 9th, listings suggest Redmi 10 and 10A might also get a launch date soon. Let us have a look at what Geekbench has revealed about Redmi 10.

The smartphone has 4GB RAM and has scored 367 points in the single-core test and 1253 points in the multi-core test. The Redmi 10 will run Android 11 OS out of the box.

The listing has not revealed many specs, but whatever we have come across makes us conclude that the device will be placed in the budget category. Earlier Redmi 10 was seen on the EU certification website which revealed that it will pack a 4900mAh battery with 22W fast charging support.

Since the device has been seen on multiple certification websites, its launch in India seems imminent. It might debut alongside Redmi 10A.

Xiaomi Redmi Y3 is all set to go official in India on April 24. The Chinese smartphone manufacturer has been teasing it on social media and has, in fact, reveal titbit like 32MP selfie camera well ahead in advance. With merely 24 hours to launch, the Redmi Y3 has been spotted on benchmark site Geekbench …

Poco has launched yet another rebranded smartphone in the Indian market named Poco C50. The device is the revamped version of Redmi A1+. The smartphone comes with features like an HD+ display, dual rear camera system, juiced-up battery, and a fingerprint scanner. The handset is available at a price under Rs 10,000 in the Indian …

Tech giant Oppo is working on the next in their foldable series of smartphones. The brand is gearing up to launch Oppo Find N2 soon in its home country China. Although Oppo has not announced the date for the launch, the smartphone being spotted on the Geekbench listing recently indicates that the launch is imminent. … 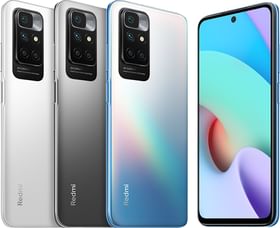 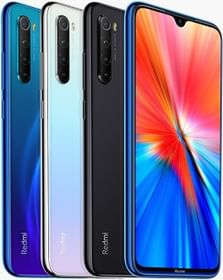