Chinese smartphone brand, Huawei plans on pushing the 18:9 display trend a little farther. The firm’s 19:9 phone that was doing the round of rumor mills for quite sometimes has received the Federal Communications Commission (FCC) certification. The phone was spotted with model number ANE-LX1, and will allegedly be named as the Huawei P20.

The images of FCC certifications were leaked on the internet giving out the partial yet important account of the phone. As per leaked image, the phone’s fascia is shown with the full vision display at 19:9 screen aspect ratio. Having said that, there will be an iPhone X like notch on top of the display, though it appears to be much narrower than the X.

Moving on, the rear panel of the handset reflects a dual-camera set-up that is vertically aligned. The cameras will be accompanied with dual-tone LED flash for the low light photography.

Further, the listing confirmed that the phone comes running on Android Oreo out of the box that will be garnished with company’s latest EMUI skin. The Huawie P20 Lite will be aided by 2,900mAh Li-ion battery with voltages that are indicative of fast charging support.

As of now, there is very limited information about the upcoming Huawei’s 19:9 display phone out to the public. Hopefully, more specs will be revealed as we inch near to the official launch.

The upcoming Huawei P20 is set to succeed the company’s mid-range P10 phones launched last year. The initial release of Huawei P20 Lite was said to be at MWC 2018, but Huawei has reportedly pushed the date to March 27.

The recent leaks from trusted leakster Evan Blass, case renders from Olixar and Chinese microblogging site Weibo reveals top-notch (no pun-intended) camera specs for the p30 series, which would make them an exciting buy for shutterbugs. We have shared the revealed specs of both phones separately below. Huawei P30: Rumored Camera Specs In his tweet, Evan Blass …

Samsung Galaxy Fold launch was shelved back in April due to issues with its display. Thus, unfortunately, the first-gen Fold didn’t see the daylight. However, now reports are hinting of its successor. A Korean news source suggests it could sport an 8-inch display and wield an S-pen just like Galaxy Note 9 (review). According to … 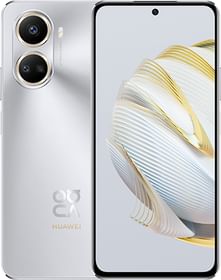