Honor, a sub-brand of Huawei has officially launched its new Honor View 20 in Paris on January 22, 2019. The Chinese giant had its phone’s home debut back in December, and is now gradually pushing it to other markets. Honor View 20 or known as V20 in the homeland is a pack of neoteric features. So, Let’s not burn the daylight and get to know the phone.

More or less, the phone could be famous for its camera. Right of the bat, you would be awed by its 4.5mm 25MP punch-hole camera which is housed in the display. So, no notch would be stating the obvious. A very thin bezel and the All-view 6.4-inch full-HD+ (1080×2310 pixels) display with 19:5:9 aspect ratio means only one thing- It seeks your attention.

The rear 48-megapixel shooter with Sony IMX596 image sensor magnifies its uniqueness. The pixel binning technology baked into the camera combines four pixels into one super pixel meaning you get better photos. Thanks to the intuitive AI, the phone can recognize over 60 categories and 1500 scenarios in real time.

Honor has included a TOF (Time-of-Flight) 3D depth sensor for better bokeh snaps. In this fast-moving life, you would love to try the slo-mo shots at 960fps.

The Kirin 980 SoC Kirin 980 SoC could give you the processing might you expect out of the price you pay. Out of the box, the phone comes with a gigantic 4,000mAh battery with fast charging support.

So, you notice a pattern that Huawei has left no leaf unturned in terms of hardware. On the software side, it features Android 9.0 Pie with Huawei’s feature rich EMUI skin.

Some other interesting additions are the Advanced GPS feature (based on AI dual frequency) and a GPU based turbo-gaming feature. The phone also features a unique Link Turbo feature, which seamlessly connects the device to the best available connectivity option among 4G and Wi-Fi.

The 6GB RAM +128GB storage variant of Honor View 20 is available in Midnight Black and Sapphire Blue at a starting price of EUR 569 (Rs 46,000 approximately). Additionally, there is an 8GB RAM + 256GB storage variant under the Moschino Co-Design edition which comes in Phantom Blue and Phantom Red color options. This special edition is priced at 649 Euro (approx Rs 52,500).

The phone would touch Indian shores via Amazon on January 29. Pre-orders are already open. As a launch offer, Honor is bundling an in-house AM61 Bluetooth earphone for those who pre-book the phone.

After several leaks and rumors, Huawei’s sub-brand Honor has officially launched V20 – its successor to the V10 – in China. This is one of the first few phones with an in-display “Punch hole” cutout for the front camera and a 48MP rear camera. So, it has a distinct look and a good set of …

Huawei is certainly looking to dominate the market with its in-screen camera display phones. After the much hyped Honor Nova 4, which is touted to be the company’s first phone featuring punch hole camera design, Huawei is already ready with its second phone with a similar display design. This new phone will be the successor to …

Honor has officially launched its new and trendy View 20 in India. The Chinese giant had its phone’s home debut back in December and also had a global launch in Paris on January 22, 2019. Honor View 20 or known as V20 in China packs modish design and trending features. The idea is to compete aginst the likes of … 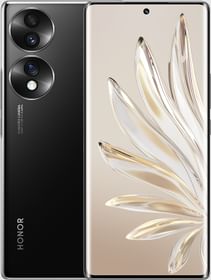