In the times when the creators are taking over the internet, most of the companies are still not focusing on producing editing-friendly laptops. Like always, Asus became the pioneer of the same with the introduction of the creator series laptops specially designed for the purpose of editing videos, photographs and other stuff. Recently, the brand has refreshed the creator series and I got one of the most prominent laptops, the Asus ProArt Studiobook 16 OLED, from the creator series.

Another major highlight of the laptop is that it is easily portable and has a trendy design. Apart from that, the addition of an OLED display to the laptop just skyrockets the viewing experience. The display panel produces accurate colours and the brightness of the same can also be adjusted via the Asus Dial which is a unique feature offered in the laptop.

Moreover, the Asus Dial can be used to handle settings in the Adobe creative suite apps. I got my hands on the Asus ProArt Studiobook 16 OLED laptop to review and test for different use cases. Have a look at the review to know the upsides and downsides of the same.

Considering the fact that the laptop is from the creator series, it is white understood that the machine will be priced high in all the markets. As of now, the Asus ProArt Studiobook 16 OLED is available in the Indian market for a price of Rs 3,29,990. The mentioned price is for the variant which comes with Intel i9 12th generation processor.

The Asus ProArt Studiobook 16 OLED laptops ships in a black coloured minimalistic Asus retail box. The Box consists of a:

Starting with the design, Asus, unlike its gaming range, has tried to make the creators more of a minimalistic offering. The design of the laptop is very clean. Despite having multiple ports, the laptop has a noticeably thin body. The laptop offers a full-sized keyboard and the trackpad of the same is larger in size compared to other laptops available on the market. The best part about the same is the addition of the Asus Dial which lets the users control the brightness and volume of the laptop when not using photoshop.

The use case of the dial skyrockets as soon as you start using Photoshop on the machine. Not only this, but the Asus Dial also offers control for multiple apps based on usage and functionalities. The trackpad of the same has three buttons out of which the middle button can be used to control and rate the orbit in 3D apps. The hinges of the laptop are stiffer than the alternatives. However, the laptop can be bent up to a 153-degree angle which is quite sufficient for comfortable usage.

The Asus ProArt StudioBook 16 OLED comes with a 16-inch OLED display that has a 16:10 aspect ratio. The display panel of the device also has 550nits of HDR peak brightness along with 100% DCI-P3 colour gamut. The addition of an OLED display escalates the experience of editing and viewing content on the laptop to a new level.

The refresh rate offered in the same is 60Hz along with G-sync support for running games smoothly. For the purpose of panel calibration, Asus has tried to meet the Pantone Validated standards with Calman Verified certification. Not only this, but the colour output of the screen definitely gives you a one-of-a-kind experience.

Apart from that, the laptop flaunts two speakers that are located on the bottom side at an angle of 45 degrees. The laptop uses speakers by Harman Kardon and shows off the same by giving the information just under the right side of the keyboard. I was not that impressed with the audio output of the laptop as it failed to deliver the detailed beats of a soon. As per my opinion, you can use an external Bluetooth speaker or headphones for a better experience.

The webcam of the laptop is located at the upper centre of the device. A major perk of the same is that the webcam also has a cover to prevent physical damage to the camera and also stop you from getting captured without will. At the time of practical testing, the image quality of the webcam turned out to be decent which means you can attend all the professional calls via the laptop.

Keeping in mind that the laptop is powered by an Intel i9 12th generation processor along with 16GB DDR4 RAM and 1TV M.2 NVMe PCIe 3.0 Performance SSD storage, the laptop is not going to disappoint you in terms of performance. Moreover, it has been certified as an NVIDIA studio laptop which more or less makes it one of the best choices for the creators out there. Whether you are running endless tabs on Google Chrome or you are on to some heavy software, the laptop offers a seamless performance.

At the time of testing, I ran Adobe Photoshop on the laptop and trust me, the experience was much better than that of any other laptop I have used until now, Furthermore, the Asus Dial helped me adjust different kinds of settings while editing without even breaking a sweat. Launching the creator hub on the system is just a button’s play which makes it highly convenient in most cases.

Not only this, but the laptop can also be used for gaming as it was able to handle heavy games like GTA V, CyberPunk, and others at the time of testing. Another major highlight of the performance is that the laptop has a very low boot time which means you don’t have to wait for long before getting started with the laptop.

As for the connectivity options, the machine ships with a WiFi 6 AX201 wireless card. The laptop provides a bandwidth of 2.4Gbps for 5GHz and around 574Mbps for 2.4GHz. It also supports Bluetooth 5.1 connectivity which will help you in connecting the device with speakers and other external accessories.

The Asus ProArt Studiobook 16 OLED laptop has a full-size keyboard with the Asus Dial placed just below it near the left corner. The laptop’s keyboard was a bit uncomfortable to use because of the size and positioning of the trackpad. If you are a creator then you will not e supposed to use the keyboard often which solves the problem momentarily. But if you are someone who has a lot of writing or keyboard-based stuff to do, then you are definitely going to find the positioning difficult.

The Numpad of the laptop is placed just next to the keyboard like traditional laptops. It has a Num Lock key along with a few necessary symbol keys used for calculations. The touchpad offered in the laptop is large enough to let you handle all the operations easily. It has three buttons including the left, right, and centre buttons. The touchpad of the laptop also has support for, multi-touch gestures which make the whole experience more convenient.

Now if you are watching a movie or any of your favourite shows on Netflix or Amazon Prime Video, the battery of the laptop can go on for around 6 hours even at 100% brightness which is insane. In addition, the device has a 200W charger which is of course heavy in weight and large too. The machine charges at fast pace as compared to other laptops. It goes from zero per cent to a hundred per cent in around 1.5 hours.

Asus ProArt Studiobook 16 OLED review: Should you buy it or not?

When any device is so high priced, the most difficult part is to decide whether you should buy it or not. Well, on one hand, I will agree that it is the best laptop available in the industry for the purpose of content creation.

A few months since their debut, the Asus ProArt series has finally come to India. The Taiwanese brand has brought the StudioBook 16 OLED to the country that’s a bespoke machine for creative professionals. It is loaded to the teeth and also introduces innovative features like a custom dial and a touchpad that’s compatible with … 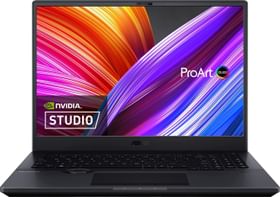 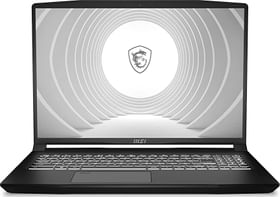 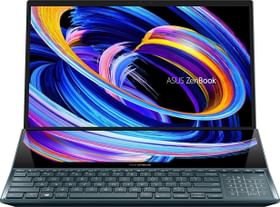 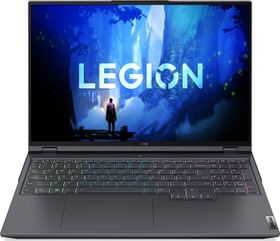 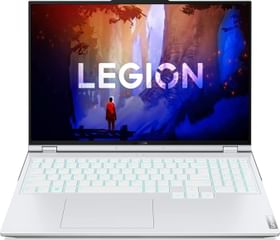 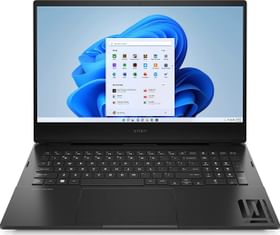 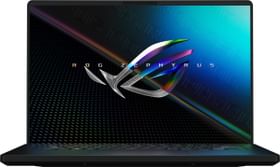 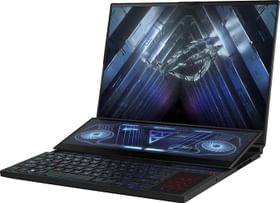