XOLO Era 4K price in India starts from ₹4,999. It was launched on March 24, 2016. It was available at lowest price on Flipkart in India as on Jan 29, 2022. Take a look at XOLO Era 4K detailed specifications and features. 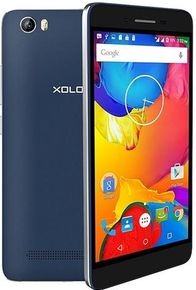 65
Expert Rating
Average
Based on 1 Reviews
Positive:
0
Mixed:
1
Negative:
0
65
Smartprix
Xolo Era 4K Review, Price and Specifications
Xolo Era 4K packs a capacious 4000 mAh battery and comes with an affordable price tag of 6,499 INR. For now, the Xolo Era 4K will retail via flash sales exclusively on Gadget360, which means the Xolo Era 4K Price in India is expected to stay put in near future.

Talking of Xolo Era 4K features and specifications, there is a 5-inch HD IPS display with Gorilla Glass 3 protection, below which hums a 1GHz Quad-core MediaTek MT6735P CPU, aided by 2GB RAM and 8GB internal storage. That's not a lot to begin with but to make ends meet, you can also plug-in up to 32GB MicroSD card.

The 4000 mAh battery pushes the thickness to 9.2 mm, but the weight of 157 grams is still quite reasonable. Xolo claims that the battery will last for 32 hours of talk time, 624 hours of stand-by time.

The Xolo Era 4K covers all basic but doesn't bring anything refreshingly new to the table. If you are basic user jumping ship from feature phone to Android, Xolo Era 4K could be a worthy option.