Tecno POP 5 LTE price in India starts from ₹6,299. It is available at lowest price on Amazon in India as on Jan 30, 2023. Take a look at Tecno POP 5 LTE detailed specifications and features. 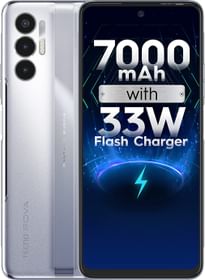 Check the full specifications of the Tecno POP 5 LTE smartphone on the basis of its display, battery capacity, chipset & performance. RAM, etc. This is another Tecno POP series smartphone which might draw buyers’ attention with a huge 5,000mAh battery, dual-rear camera setup, and a 6.5-inch HD+ display. Read more about the phone in detail and see what else it has to offer.

Tecno POP 5 LTE is fitted with a 6.5-inch HD+ LCD panel. The phone has a waterdrop notch screen with a thick chin notch and side bezels. As for viewing, it offers a resolution of 720x1600px and 270ppi.

The smartphone carries a vertically aligned dual-rear camera setup with an LED flash. It has an 8MP primary camera and a 0.3MP camera for assisting photography. The front side of the phone has a 5MP front camera inside the waterdrop notch.

The smartphone is loaded with a big 5,000mAh battery under the hood. Considering the battery size, the phone might benefit buyers who spend more time on the screen. However, it doesn’t have any fast charging feature which might take longer to charge the big battery.

Tecno POP 5 LTE comes with 32GB of inbuilt memory space. Also, the storage is expandable via an SD card which allows you to keep extra files.

The connectivity options of the smartphone are 4G, VoLTE, Wi-Fi, Bluetooth 5, FM Radio, a 3.5mm audio jack, and a micro USB port. Besides, it has Google’s GPS for online location tracking.

What would be the battery capacity of Tecno POP 5 LTE?

The battery capacity of Tecno POP 5 LTE is 5000mAh.

What would be the price of Tecno POP 5 LTE?

When Tecno POP 5 LTE is launching?

Over the past few years, the Indian automotive market shifted to being dominated by SUVs and thus more and more people are looking for larger and more spacious vehicles for their daily commute. There is a wid…

One UI 5: When your Samsung Galaxy Phone will get Android 13 update? Here's the timeline

Samsung has already kicked off the rollout of the One UI 5.0 update based on the Android 13 operating system. The software will be first introduced for the Samsung Galaxy S22 series smartphones, followed by t…

After a few months of testing the BETA version, Samsung has finally released the stable version of the One UI 5 based on Android 13 OS for the Galaxy S22, Galaxy S22+, and Galaxy S22 Ultra smartphones. The co…

Microsoft is all set to host a hardware launch event tonight wherein the company is expected to unveil a new range of products including Microsoft Surface 9 Pro Tablet, Surface Pro 5 Laptop, and Studio 3 PC. … 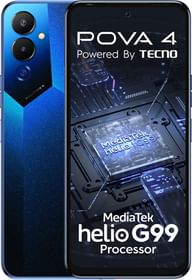