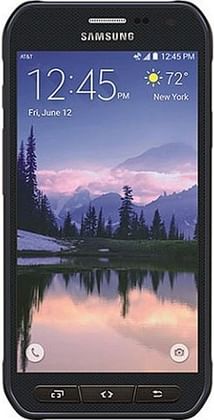 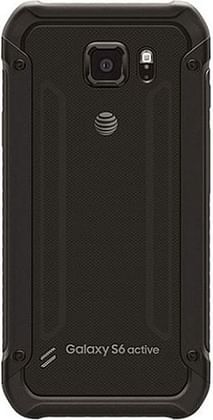 Read More
This is an Upcoming Mobile Phone. Samsung Galaxy S6 Active is expected to launch soon.
Set an Alert to know when it launches.
₹55,600
Search

#ExpertReview
By GSM Arena • 7 years ago
Samsung Galaxy S6 Active delivers high-end specs and a good measure of ruggedness in one single blow that if not anything else, would leave the completion gasping. The generous 3,500mAh battery is undeniably the device's trump card over its predecessor, as well as the regular Samsung Galaxy S6. It elevates it above its competitors and makes it one of the longest lasting smartphones out there. The built-in wireless charging on the other hand, makes keeping the battery full as easy as it can be. Hardware-wise, just like the regular Galaxy S6, the Active leaves practically nothing to be desired. Its 14nm Exynos 7420 chipset is arguably the best in the business, as are the 16MP main camera and the built-in UFS 2.0 memory. Once again, Samsung has made sure that owners of the Active model won't get less for their money than those that rock the regular Galaxy S6. In our opinion, the shortcut button found in the Galaxy S6 Active should make its way to all of the manufacturer's flagship devices going forward. Its customizable functionality is nothing short of superb. Ergonomics of the SM-G890 have also been improved over past members of the Active range. This time around, you don't need to worry about closing the microUSB flap properly after you've been charging the device. Our two major gripes with the Samsung Galaxy S6 Active have to do with the lack of built-in memory options and the limited availability of the device. We don't believe that a device with a 4K camera this good should come with roughly 23GB of available storage out of the box. Hopefully, Samsung will soon release a global version of the smartphone with at least 64GB of memory on board.
Read Full Review →
VIEW ALL EXPERT REVIEWS (2) →

Write a Review
4.3
86 ratings
Be the first to write a review
WRITE A REVIEW →