Read More
This is an Upcoming Mobile Phone. Samsung Galaxy A9 is expected to launch soon.
Set an Alert to know when it launches.
₹27,999
Search

What to expect from Samsung Galaxy A9?

#ExpertReview
By Smartprix • 7 years ago
Samsung has been planning to expand its ‘A’ series portfolio and is expected to release Galaxy A9 in coming days in India. After receiving heart worming response from customers, the Korean conglomerate will be hoping big from Galaxy A9. Here’s what we expect from Samsung Galaxy A9: The phone is will sport a 6-inch Super AMOLED display with a 1080P resolution and 401ppi (per pixel density). As we known the Samsung made S-AMOELD are superb with color reproduction, contrasts and deep blacks. Like other ‘A’ series devices, we expect Samsung to use metal on the exterior case of Galaxy A9. We expect phone to flaunt an ergonomic design in order to ensure that it is easy to hold and apt for one-hand operation. If we believe whatever we have heard about the Samsung Galaxy A9 so far, then it is going to be powered by a 64-bit octa-core Qualcomm Snapdragon 652 (620) SoC coupled with Adreno 510 GPU and 3GB RAM. The phone could come with 32GB on-board storage option as well. Phones from this metal clad series have always been flashy about quality of photographs produced by their cameras. We expect this phone to carry forward camera legacy set by its predecessors. The phone is likely to sport a 13MP camera with OIS, S5K3L2 sensor, f/1.9 aperture and LED flash as primary shooter and a 8MP secondary camera. There is no clarity regarding the exact launch date of this phone. We expect galaxy phone lovers will be able to buy Samsung Galaxy A9 online once it is official in India. The lowest price of Samsung Galaxy A9 should be somewhere around 30K.
Read Full Review →
VIEW ALL EXPERT REVIEWS (2) →

Write a Review
4.3
63 ratings
Be the first to write a review
WRITE A REVIEW → 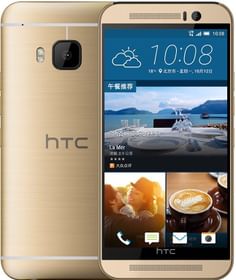