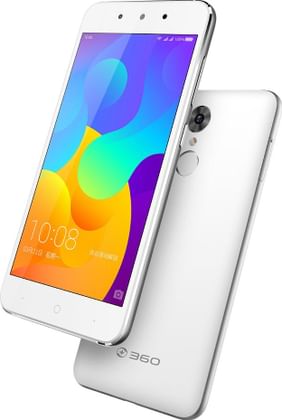 Read More
This is an Upcoming Mobile Phone. QiKU 360 F4 is expected to launch soon.
Set an Alert to know when it launches.
₹7,999
Search

#ExpertReview
By Smartprix • 6 years ago
Qiku 360 F4, which was recently launched in China, is a 5 inch display that shall be light on your pocket, monetarily speaking. The Qiku has loaded it with all necessary bells and whistles, including a fingerprint sensor, to make it an attractive proposition on paper. on the front, you will find aforementioned 5 inch HD display flanked by symmetrically placed sensors and navigation bars on top and bottom. Underneath the hood, Qiku 360 F4 houses a 1.3GHz MT6753 processor. We have had ample experience with MediaTek's budget MT6753 thus far, but it is yet to impress us with its gaming performance. The 16GB storage variant includes 2GB RAM, while 3GB RAM is reserved for 32GB storage model. Software is Android Lollipop based 360OS which is big on security. This is a hybrid dual SIM phone, which means you need to choose between secondary SD card storage and second SIM card slot. For photography, there is a 13MP rear camera with LED Flash, f/2.0 aperture lens and phase detection AF. The front 5MP camera also boasts of wide F/2.0 aperture lens and large 1.12 micrometer pixel size. Other notable features include 4G LTE, 3G HSPA+, Wi-Fi (2.4GHz / 5GHz), Bluetooth 4.0, GPS and 2500 mAh battery. Qiku 360 F4 flaunts conventional budget Android hardware when compared to analogous offerings from other players. The best price of Qiku 360 F4 in India is not yet official. we will keep you posted on where you can buy Qiku 360 F4 in India post its India launch.
Read Full Review →
VIEW ALL EXPERT REVIEWS (1) →