Oppo R5 price in India starts from ₹25,181. It was available at lowest price on Flipkart in India as on Aug 05, 2020. Take a look at Oppo R5 detailed specifications and features. 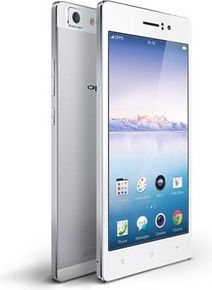 70
Expert Rating
Good
Based on 5 Reviews
Positive:
3
Mixed:
2
Negative:
0
65
GSM Arena
Oppo R5 review: One to remember
Creating the R5, Oppo was obviously laser focused on delivering exquisite design and build quality, and making a sizzling first impression. And well, they delivered that in spades.

The Oppo R5 is one of those few smartphones you can fall in love with at first sight. And its metal frame is as tough as nails and as resilient as a suspension bridge.read more →
78
TechRadar
Oppo R5
Despite being the "world's thinnest smartphone", Oppo is keen to show that the R5 has more up its sleeve. Having built a sizeable user base, the Oppo R5 is one of the firm's first handsets to make it out of its native China. There is no doubt that Chinese firms are going to provide more established firms like Sony, HTC and Samsung a run for their money. With the R5, Oppo is making a serious statement of intent and people will take notice of the "world's thinnest smartphone".

The OnePlus One has already proven how good Chinese handsets can be, as well as how cheap they can be too, so here's my final verdict.read more →
65
PhoneArena
Oppo R5 Review
A very elegant handset with a sizable display to boot – the R5 seems to be for casual users, who prefer their smartphone to be a modestly used tech accessory, rather than a tool for long surfing and gaming sessions. Physically, the device provides a very pleasing experience when used, while the user interface could do with just a few minor tweaks – snappier menu scrolling being at the top of the list.read more →
70
CNET
Oppo R5 review:A beautiful slim smartphone let down by poor performance
If there's one thing the Oppo R5 has going for it, it's its well-crafted design. While performance is lacking, I think it's fixable with optimised software updates that could come in the future.

it's expensive compared with what you usually expect from a Chinese-made phone, but Oppo is obviously positioning this as a premium phone. Honestly, I think Oppo may have a shot here with this phone but it may be priced too high compared with the other Chinese devices.read more →
73
PocketNow
Oppo R5 review: Thin is an understatement
Overall my experience with the Oppo R5 has been positive when it comes to hardware. If you’re a power user, the lack of expandable storage, a flagship processor, and a headphone jack would most likely have you looking to other Oppo options like the Find 7. In my case, as somebody who comes from 15 years of working in different management positions in enterprise, I’m the type of user this device was targeted for.read more →
Show More