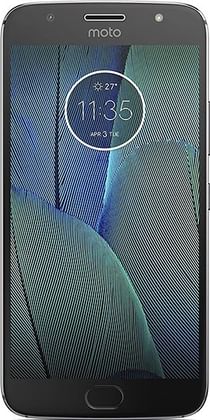 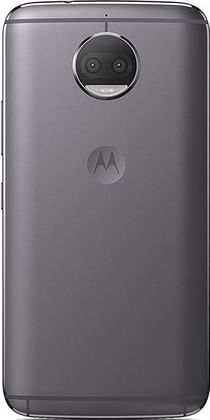 Moto G5S Plus Review, Specifications, and Best Price in India

#ExpertReview
By Smartprix • 4 years ago
The special edition of Moto G5 Plus - Moto G5S Plus - is officially out. The phone is a successor of Moto G5 Plus that was launched earlier this year. The new Moto G5S Plus is a slightly bigger smartphone thanks to the 5.5 inches full HD display. However, the real standout feature of the Moto G5S Plus is its dual-camera setup on the rear. The Moto G5S Plus dual 13MP rear cameras are inspired from Huawei dual cameras as it also uses an RGB + Monochrome combination. The camera comes load with software features a beautify effect for selfies and professional that lets you tweak shutter speed, white balance, ISO to capture best pictures. special photo enhancement software, loaded with multiple modes including an iPhone like portrait mode. While on the front we have 8MP selfie shooter with LED Under the hood, the Moto G5S Plus employs Qualcomm Snapdragon 625 octa-core SoC, paired with 4GB of RAM and 64 GB of internal storage which is expandable up to 128GB via a microSD card. The phone runs on the latest Android Nougat and houses a 3000 mAh battery with turbo charging support. Moto G5S Plus connectivity options include dual-sim 4G VoLTE support along with WiFi 802.11 a/b/g/n, Bluetooth 4.2 LE, GPS, and NFC. From the outside the Moto G5S Plus sport a full metallic body that comes in two color options - Lunar Grey and Fine gold. As always, the fingerprint scanner mounted right below the display on the front. The Moto G5S Plus India price at the time of launch is announced at Rs. 15,990 which certainly aggressive. Currently, you can buy Moto G5S Plus from Aamzon India and Moto Hubs.
Read Full Review →
VIEW ALL EXPERT REVIEWS (5) →

Has a fingerprint and face unlock