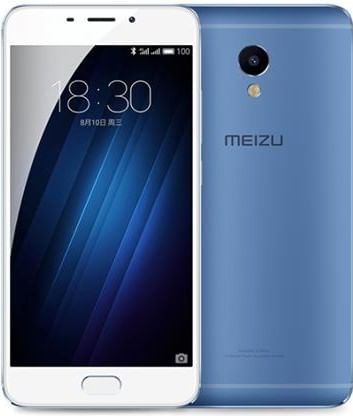 Read More
This Mobile Phone is Out of Stock.
Set an Alert to know when it comes back in stock.
₹8,775
Search

Meizu M3E is currently not available in any stores. 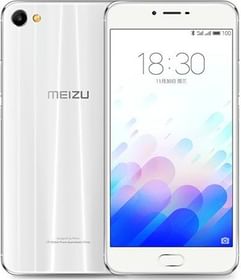 #ExpertReview
By Smartprix • 6 years ago
Meizu, the renowned Chinese OEM, announced the all new Meizu M3E in China which showcases modest design tweaks when compared to their very own M3 Note. However, the soul of the handset remains almost identical. The handset sports a 5.5-inch HD (1080x1920p) IPS LCD Display that features a pixel density of 403 PPI and maximum brightness of 450 nits. The Meizu M3E is a beautifully designed handset. A 2.5D curved glass adheres on top of its Display panel which is housed in a ‘Sandblasted’ metal body adding to the aesthetic sensibilities of the handset. Also, the home button (which can be used as a back key on single tap) doubles as a fingerprint scanner referred to as mTouch, and is placed right below the display. Recently used apps can be accessed following a swipe from the lower bezel in the upward direction. That eliminates the need for separate back and menu keys. The handset packs a rear shooter of 13 MP resolution, an f/2.2 aperture lens and relies on PDAF style of focusing. The rear camera is aided with a Dual tone LED flash light. The handset also includes a 5 MP (f/2.0 aperture) Selfie snapper that utilizes ‘FotoNation 2.0’ and ‘Face AE’ technologies, designed to render handsome Selfies. Meizu M3E houses a di-cluster (four cores of Cortex A-53 clocked at 1.8 GHz and four Cortex A-53 cores clocked at 1GHz) octa-core MT6755 Helio P10 processor which is allegedly clubbed with 3GB of RAM, a Mali-T860MP2 GPU and 32GB of inbuilt Multimedia storage. Meizu M3E runs Flyme UI on top of Yun OS out-of-the-box. The handset encapsulates a 3,100 mAh non-replaceable battery to Fuel its chipset. The Device supports ‘mCharge’ technology, using which the battery can be charged up to 50% in a short 30 Min span, according to company claims. Meizu M3E supports dual SIM cards (Nano + Nano) which can be mounted on a Hybrid SIM card slot. Other basic features and connectivity options include 4G, VoLTE, Wi-Fi (Direct and Hotspot), Bluetooth, GPS/A-GPS and USB Type-C. The handset comes in 5 color variants (Blue, Gold, Gray, Silver, and Pink). The expected price of Meizu M3E in India is 13,999 INR.
Read Full Review →
VIEW ALL EXPERT REVIEWS (1) →