LG Stylus 2 price in India starts from ₹7,999. It was available at lowest price on Amazon in India as on Aug 11, 2020. Take a look at LG Stylus 2 detailed specifications and features.

60
Expert Rating
Average
Based on 1 Reviews
Positive:
0
Mixed:
1
Negative:
0
60
Smartprix
LG Stylus 2 review, Price and specifications
With its Stylus series handsets, LG strives to pass on its flagship software experience to mid-range buyers, lased with the convenience of a capacitive stylus. LG Stylus 2 is the successor of LG G4 Stylus and will be officially unleashed at MWC 2016.

Apart from the software, LG has also focused on the design and build of Stylus 2. The handset is just 7.4 mm slim, weighs a modest 145 grams and flaunts a metal frame. The capacitive stylus has also been improved. It replaces the rubber tip end with a nano coated one, which should make it more accurate. On the software side of the equation, an Air command like feature, which LG calls Pen Pop will be fired as soon as you plug it off the holster.

For photography, there is a 13MP rear camera with LED Flash, 8MP front-facing camera, 4G LTE, Bluetooth 4.1, GPS and NFC. LG is known to provided different specs in different markets and same might very well be the case with LG Stylus 2. 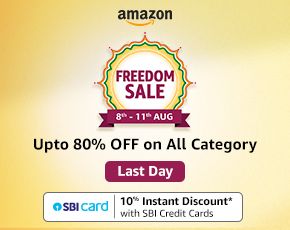