Read More
This is an Upcoming Mobile Phone. LG Stylo 7 is expected to launch soon.
Set an Alert to know when it launches.
₹17,999
Search 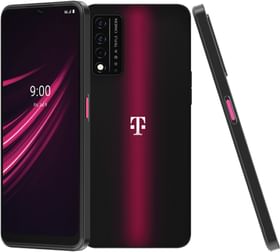 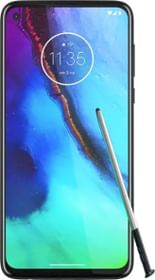 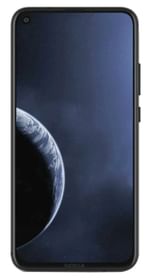 LG Stylo 7 smartphone is available with a stylus and a big 6.8-inch full-HD display with a tiny notch. On the optics side, the phone brings a 48MP quad-rear camera and a 13MP selfie snapper. The smartphone runs on the Android 10 operating system with 4GB of RAM and is backed by a 4,000mAh battery. Let’s read about LG Stylo 7 in detail.

LG Stylo 7 smartphone includes a color 6.8-inch IPS LCD display. The screen comes with a Full HD+ resolution of 1080x2400px with a pixel density of 387PPI. The aspect ratio of the phone is 20:9. The display has a punch-hole notch with a thick notch at the bottom. With the given details, the display is expected to produce sharp and detailed texts based on the PPI.

LG Stylo 7 smartphone comes with a 48MP quad-rear camera setup backed by an LED flash. The primary 48MP wide camera is paired with an 8MP ultra-wide camera and a couple of 2MP’s of macro and a depth sensor. The camera app features Digital zoom, Autoflash, Face detection, and Touch-to-focus for better the camera app. On the front side, the phone has a 13MP camera inside the notch. As far as the video recording is concerned, the main rear camera records FHD 1080p videos @30fps.

LG Stylo 7 smartphone runs on the Android 10 operating system out of the box. It gets assists from a 2.3GHz octa-core processor embedded with 4GB of RAM to improve background activities. While a PowerVR GPU renders graphical inputs for the apps and games. You may expect to run games like Shadow fight and vector on medium graphic settings. Also, the phone has user-friendly sensors like Accelerometer, Gyro, and Proximity sensor.

LG Stylo 7 smartphone packs a 4,000mAh Li-Ion battery inside and supports fast charging out of the box. Judging upon the battery size, a full day of power backup is expected over normal usage on the phone. Also, it can be charged in less time using its fast charger.

LG Stylo 7 smartphone comes with 64GB of internal storage capacity for installing apps and games. Also, the phone has an expandable Hybrid-card slot that makes 2TB of space available for movies, music, photos, videos, documents, and other files.

LG Stylo 7 connectivity options include 3G, 4G, and VoLTE feature that enables HD voice calls and video calls on supported networks. Adding more, it has WiFi, Bluetooth 5 that resists signal interference, and a USB Type C port. For online navigation, it has GPS with A-GPS and GLONASS.

Write a Review
4.5
66 ratings
Be the first to write a review
WRITE A REVIEW →

When it comes to health, everyone wants safe and healthy food for their loved ones. The food cooked at home should be healthy and cooked hygienically using the best devices possible. Also, there are times, wh…

Apple has finally confirmed what was being said about the upcoming launch event for a week. Yes, it is holding the annual September Event on 7th September this year and has titled it “Far Out”. The poster sho…