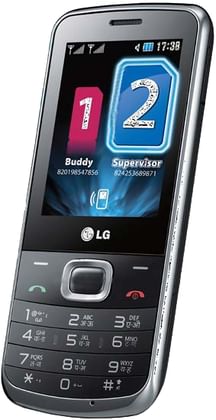 Read More
This Mobile Phone is Out of Stock.
Set an Alert to know when it comes back in stock.
₹3,728
Search

LG S365 Lotus is currently not available in any stores.

#ExpertReview
By PhoneArena • 13 years ago
User Interface:The Lotus runs Sprint’s One Click interface, and was one of the launch devices along with the Samsung Rant and Highnote. We covered it in-depth in our Rant review, and there isn’t anything new on the Lotus, so head over and read about it if you haven’t seen the UI before. In short, we still really like it and think it’s one of the more useful dumbphone UIs out there. It features a user-customizable homescreen and other nice touches like threaded text messaging. Featured Stories Clove confirms Samsung Galaxy S III launch delay in U.K. Motorola DROID RAZR HD appears in Cellebrite system 5 best new Android apps of the week $('.wapager').click(function(){ var p = $(this).html(); $('#latest_featured .s_pager').html('

Write a Review
4.1
89 ratings
Be the first to write a review
WRITE A REVIEW →