Read More
This Mobile Phone is Out of Stock.
Set an Alert to know when it comes back in stock.
₹14,000
Search

Nexus 5X rumors and specification: what to expect from new device

#ExpertReview
By Smartprix • 7 years ago
Nexus 5X rumored to be the next phone, which is jointly developed by the Korean maker LG and Google. As suggested by floating media reports, the phone will feature a 5.2-inch Full HD display powered by a hexa-core 1.8GHz Qualcomm MSM8992 Snapdragon 808 CPU assisted by Adreno 418 GPU and 2GB of RAM. As per Chinese microblogging site, the display will have 423ppi pixel density. Over the years, Nexus phones have avoided microSD cards, so it very unlikely that makers will try to accommodate one in this successor of Nexus 5. The will come with 16 or 32GB of onboard storage. As per the leaked images, the Nexus 5X will sport a fingerprint sensor on the rear surface and a USB Type-C connectivity port. Google, with Andriod 6.0 Marshmallow, will officially enhance support for these two hardware elements, which in turn will give developers a chance to work with them. Cameras on Nexus phones have always been their weak spot whenever they are pitted against their rivals, generation after generation. With the latest rumors on Nexus 5X, the new phone will feature some interesting features. It is anticipated that the new Nexus phone will pose a 12.3-megapixel rear camera using a Sony IMX 278 sensor with optical stabilization and a 5-megapixel front camera for selfie addicts. LG Nexus 5X will be offered in white, black light blue and mint green options. As per the reports, the new Nexus 5X will be expensive in comparison to its predecessor Nexus 5. It is suspected to be launched at $399 (roughly around Rs. 26,500) for base 16GB version, while the 32GB variant will be available for best online price of $449 (approximately Rs. 32,999). We are not certain about the availability of these devices in India online, but Google will reveal more information soon on 29th September.
Read Full Review →
VIEW ALL EXPERT REVIEWS (9) →

Best mobile and Nexus is great

Amazing phone. Google at its best

The phone has everything that you can ask for Amazing camera, pure android, perfect size. Fingerprint sensor is amazing. Battery goes from 0 to 100 in an hour. 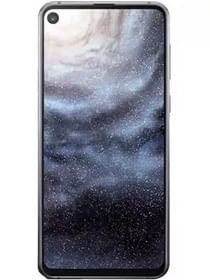