Read More
This is an Upcoming Mobile Phone. Lenovo K12 Note is expected to launch soon.
Set an Alert to know when it launches.
₹11,499
Search 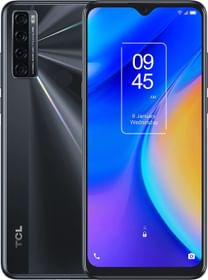 Lenovo K12 Note is a budget-oriented smartphone that brings cool features onboard to tackle its competitors. The phone includes a 6.5-inch color IPS TFT HD+ resolution display with a waterdrop notch. Besides, the phone houses a Snapdragon662 SoC coupled with 4GB of RAM and 64GB of internal storage. For the camera performance, you get a 48MP triple rear camera set up and an 8MP front camera for assisting face unlock and video calls. Under the hood, Lenovo K12 Note is backed by a big 5,000mAh battery with support of a 20W fast charger out of the box. Let’s read more about Lenovo K12 Note in detail and you decide if this phone is a good option or not.

Lenovo K12 Note has a 6.5-inch color IPS TFT LCD display with a waterdrop notch. The panel has an HD+ resolution of 720x1600px with a pixel density of 269PPI. The aspect ratio of the phone is 20:9 with a screen to body ratio of 87%. Based on the configuration, the display might produce slightly fuzzy visuals but won’t affect the performance of the phone. The display is long and has fewer bezels around with a thick chin at the bottom. Also, the screen has a reasonable size to counter the daily tasks on the phone.

Lenovo K12 Note brings a 48-MegaPixel triple rear camera set up with a dedicated LED flash. The primary 48MP camera with aperture f/1.7 is followed by a couple of 2MP macro camera and a depth sensor of 2MP with autofocus. You may capture decent images using the main rear camera and also you can snap portraits and macro images. Also, the camera app has features such as AR Stickers, Active Photos, Cinemagraph, Manual Mode, Portrait Mode, Cutout, Spot Color, Panorama, Live Filter, RAW Photo Output, Watermark, Burst Shot, etc to better the camera performance. For assisting selfies and the video calls, there’s an 8MP camera inside the notch. As far as the recording is concerned, you may capture FHD 1080p videos @30fps.

Lenovo K12 Note runs on the Android 10 operating system out of the box. The phone houses an 11nm process Snapdragon662 SoC with 2GHz octa-core processors.  For the background performance, the phone has 4GB of RAM and Adreno 610GPU renders graphical input for the demanding apps and games. Besides the performance, the phone has userfriendly sensors like Proximity Sensor, Accelerometer, Ambient Light Sensor, Gyroscope, Compass, etc.

Lenovo K12 Note is backed by a big 5,000mAh battery underneath and supports a 20W fast charger out of the box. Judging upon the battery size, a full day of power back up is expected on normal usage on the phone.

Lenovo K12 Note has 64GB of internal storage capacity for storing useful apps and games. Also, the phone has an expandable hybrid-card slot that makes storage up to 512GB. This gives more space for your extra files such as photos, videos, documents, music, etc.

Write a Review
4.3
95 ratings
Be the first to write a review
WRITE A REVIEW →

How much is the battery capacity of the Lenovo K12 Note?

The battery capacity of Lenovo K12 Note is 5000mAh.

What would be the price of Lenovo K12 Note?

When Lenovo K12 Note is launching? 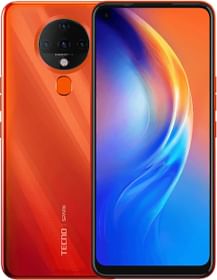