Read More
This is an Upcoming Mobile Phone. Infinix Hot 9 Play is expected to launch soon.
Set an Alert to know when it launches.
₹8,499
Search 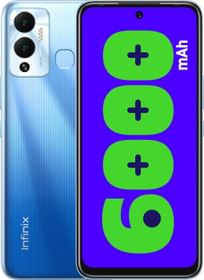 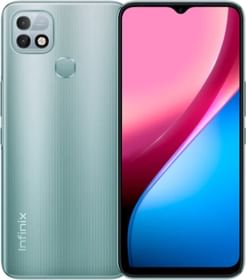 Infinix Hot9 Play has a dual rear camera set up a 13MP primary sensor with a QVGA low-light sensor. Unlike the Hot 9 Pro which has triple cameras, Infinix is using dual cameras on this phone. Buyers can benefit from the QVGA sensor for capturing shots on low-light. Videos max out at FHD 1080p@30fps. For selfies and video calls, the water-drop notch on the screen houses an 8MP camera that can also record 1080p videos.

Hot 9 Play runs on Android 9 operating software It is driven by a 12nm based Helio A25 chipset with 8 performance cores. The phone is assisted by 2GB RAM for background activities, and IMG PowerVR GE8320 GPU takes care of the graphic performance. User-friendly sensors like Accelerometer, Proximity, Gyro, and Compass are present on the phone.

Infinix Hot 9 Play comes with a long 6.8-inch color IPS LCD screen with a waterdrop notch. This multi-touch panel has a resolution of 720x1640pixels which amounts to 263PPI pixel density on a 20:9 aspect ratio panel. The screen has a decent size but with the given PPI, you can't expect visuals to be that sharp or clear. In the name of biometrics security, the phone has a side-mounted fingerprint sensor and face lock. Hot 9 Play features read mode and eye-care mode which pushes the specs for entry-grades.

Hot 9 Play is solidly built and has a plastic back finish with a plastic frame on the sides. The phone stands at approx 171mm of height and has 8.9mm thickness. The phone has the volume rockers and power button to its right side. Also, a headphone jack lies at the bottom of the phone.

Infinix Hot 9 Play employs an ample 6,000mAh non-removable battery. The ample size of the battery can appeal to the heavy-users. Judging it by the size, the battery might deliver a day of power back up on over normal usage.

Hot 9 Play has 32GB of internal storage capacity that can be used for stuffing apps and games. Also, it has external card support to expand the storage up to 256GB.

Infinix Hot 9 Play is a budget smartphone and has covered almost the basic configuration. It has an ample 6,000mAh battery but average RAM.. Infinix has raised the level of the entry-level phones. Let's see how this Infinix phone performs against the existing competitors like Realme and Redmi phones

Write a Review
4.6
86 ratings
Be the first to write a review
WRITE A REVIEW →

What would be the processor of Infinix Hot 9 Play?

What would be the price of Infinix Hot 9 Play?

The expected Indian price of Infinix Hot 9 Play is 8,499.

When Infinix Hot 9 Play is launching in India? 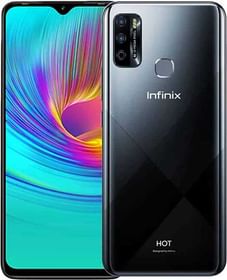