Read More
This Mobile Phone is Out of Stock.
Set an Alert to know when it comes back in stock.
₹19,349
Search 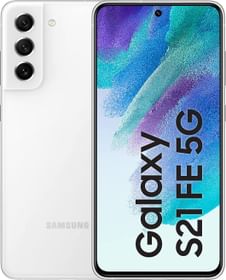 #ExpertReview
By Smartprix • 5 years ago
Huawei sub-brand Honor has launched its forth generation dual camera smartphone - the Honor 8 Pro in India. Interestingly, it is the same phone that launched in China last October as V9. The phone possesses powerful hardware with intriguing software and much talked about dual rear camera setup. The first thing that one will notice about the phone is its slim waistline even when it packs a massive 4000mAh battery. Unlike its predecessor’s smudge-prone glass design, the 8 Pro flaunts an all metal back which feels solid. Honor 8 Pro display has 1440 x 2560 2K resolution which is quite sharp for an LTPS panel that targets DCI-P3 gamut (515 PPI ). Under the hood, it ropes an updated version of Kirin 960 chipset that is mated to Mali G71 GPU. Honor 8 Pro performance and multitasking are smooth and delightful thanks to 6GB RAM on board. For Gamers, Huawei has added the support for Vulkan API for 3D gaming. Huawei in India offering 128GB inbuilt storage along with support for 128GB microSD card which can be swapped with secondary SIM, if in case you need it. Another key highlight of the phone is the Dual Rear Camera setup. Like it predecessor, it pairs an RGB sensor with Monochrome together and later stitches both images together with the help of software. That’s not all, It seems that Honor has taken the consumer feedback seriously and has added the support for 4K recording in the upgraded version of the Honor 8. For selfie buffs, It packs 8-megapixel selfie camera up front. Connectivity-wise, it is well equipped. The Honor 8 Pro supports all world 4G+ bands and VoLTE networks. The phone dual band WIFI, Bluetooth 4.2, GPS, USB Type-C port and 3.5mm jack with a number of other sensors including infrared. The Honor 8 Pro Best Price India is Rs. 29,999 and you can buy it exclusively on Amazon India. If you are Amazon Prime customer, you can buy Honor 8 Pro during Prime Sale (July 10) and avail 15 percent discount using HDFC credit card.
Read Full Review →
VIEW ALL EXPERT REVIEWS (7) →

I purchased it for 21k without any exchange at amazon... Since then using the phone has been an awesome experience... The only thing that is not tested by me yet is its durability, and VR thing, because I haven't been able to configure it yet ...????... Operating since 1 month.. HEATING PROBLEM FULLY SOLVED AFTER LATEST UPDATE...