Honor is a new entry to the budget segment which includes a 6.3-inch IPS LCD hole-punch display, has a 48MP triple-camera setup, a rear fingerprint sensor, and is backed by a 4000mAh battery. Honor clearly aims Infinix in this battle of budget smartphones. Let’s read more about it and see if this Honor 9C is worth a budget smartphone.

Honor 9C is solidly built and has a plastic finish back with a plastic side frame. The phone measures 159.08x76.01x8.1mm and weigh 176 grams. For biometrics, it sports a rear-mounted fingerprint sensor and face unlock. It is available in Space Blue color.

Honor 9C has a Kirin 710A chipset which is assisted with 4GB of RAM. The phone has 8-performing cores and has an entry-level Mali-G51 MP4 GPU for rendering the graphics. Honor runs on Android10 out of the box. Useful sensors like Accelerometer, Light Sensor, Compass, and Proximity are present.

Honor 9C sports a triple rear camera setup. A 48MP wide-angle sensor, an 8-MP ultra-wide-angle for wider shots, and a 2MP depth sensor with autofocus, you can snap portrait shots and decent pictures using the camera, but expecting high-quality pictures might not be much.

For selfies and video calls, it houses an 8MP camera. As far as the recording is concerned, the rear cameras can shoot FHD 1080p videos @30fps. Features like Digital zoom, Panorama, Face detection, and Touch-to-focus are present to better the camera app.

Honor 9C is backed by a 4000mAh battery and doesn’t support fast charging, which might be time-consuming while charging the battery with no fast charger.

Honor 9C has 64GB of internal storage capacity. This storage can be used for storing apps, games, documents, movies, photos, music, etc. Also, it has an extra card slot that supports memory up to 5TB.

The connectivity options of Honor 9C include 3G, 4G VoLTE, the latest Bluetooth v5, WiFi, and micro-USBv2.0. For online navigation, it has GPS with A-GPS Glonass, Beidou.

Honor 9C is an entry-level offering that features an average configuration that should be suitable for people who are looking for an entry-level phone. But on the other hand, there stands a new name in the entry-level lineup the Infinix Note 7 lite which offers a bigger battery and better camera. 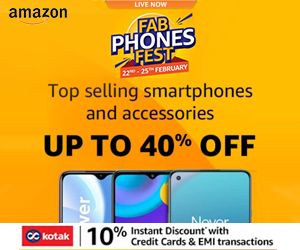