Snapdeal is facing people’s blunt ire on Twitter over Aamir Khan’s remarks on controversial subject of ‘whether India is becoming increasingly intolerant’ at an award show. e-commerce giant, who roped in Bollywood star to promote its #DilkiDeal campaign, is getting one-star rating on Google PlayStore for its app and a large number of Snapdeal app uninstalls are being reported.

While speaking at the the Ramnath Goenka Excellence in Journalism Awards podium Aamir Khan Said: “Kiran and I have lived all our lives in India. For the first time, she said, should we move out of India? That’s a disastrous and big statement for Kiran to make to me. She fears for her child. She fears about what the atmosphere around us will be. She feels scared to open the newspapers everyday. That does indicate that there is a sense of growing disquiet.”

Soon after this comment, twitterati in India took Mr. Khan to task and started aggresively bashing Bollywood’s Mr. Perfectionist on the social media platform. Some of the fuming netizens demanded Snapdeal to sack him as its brand ambassador. Some of the users also cancelled their existing orders in protest.

Besides un-installations also make sure you rate the App the lowest on Google Play. #NoToSnapDeal #AppWapsi pic.twitter.com/0A9cXRmfhR

Some people also demanded for a similar reaction for other brands which the Bollywood actor endorses.

On twitter, Snapdeal found an unlikely friend in its arch rival Flipkart founder and CEO who tweeted in the support of its competitor in online retial business. According to Flipkart, the observations made by Aamir Khan is his own personal opinion does not necessarily mean the company also feels the same.

After two months of releasing in theatres, Aamir Khan’s big-budget movie Laal Singh Chaddha is now streaming on Netflix India. The OTT Giant announced the news via a Tweet, in which it said, “Keep your golgappas ready because Laal Singh Chaddha is NOW STREAMING.” The movie is available in Hindi along with Telugu and Tamil …

Netflix India is one of the most loved OTT streaming platforms in the country. The OTT giant offers a wide variety of Indian and Foreign Movies, Web Series, Mini-Series, and more. There are loads of Indian movies on the platform that one can watch when in the mood to watch something of top quality. Here, …

The wait of 4 long years is finally coming to an end as Shahrukh Khan returns to cinema screens today with his movie Pathaan hitting the theatres. The movie is directed by Siddharth Anand and co-stars Deepika Padukone and John Abraham in prominent roles. It is a part of Yashraj Film’s spy universe that will …

Pathaan OTT streaming: Shah Rukh Khan’s Pathaan to stream when and where?

Bollywood Megastar Shah Rukh Khan is coming back to the big screen after a hiatus of 4 years and as expected the craze around his upcoming movie ‘Pathaan’ is sky-high. The trailer of the movie was launched on the 10th of January before which 2 songs were unveiled. The trailer as well as the songs …

I am sure everyone castigating Amir Khan is a true law-abiding nationalist. I am sure they never jump a traffic red light and deep within their heart cater a desire to work for swadeshi firms rather than settling abroad or working for foreign denominations. And of course they are very tolerant. ‘Satyameva Jayate’? ‘Athithi devo bhava’? remember? Then again, he is the guy with an absurd take on AIB roast. -_- 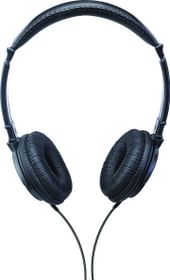 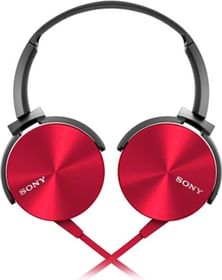