Looks like Samsung is pulling out all stops to ensure that it is the frontrunner in 2017 as far as the affordable segment of the market is concerned.

After globally unveiling two latest models (Galaxy J1 4G and Galaxy J2 Ace) in its J series of smartphones, the South Korean company launched the third addition to the same, namely the Galaxy J3 Emerge, albeit to the US market only.

The phone is being said to be US-exclusive variant of the one expected to hit the market as the Galaxy J3 2017, which is yet to be announced by the company.

Currently available to the subscribers of Sprint, Boost, and Virgin Mobile telecom operators, the J3 Emerge is seemingly a compact mid-range smartphone and comes in three specific, similar variants for all the three carriers.

Talking about the specifications, the phone runs on Android 6.0 Marshmallow and is powered by a Qualcomm Snapdragon 430 processor along with a 1.5GB RAM. The phone features a 5-inch 720p display and carries 16GB of internal memory that can be extended up to 256GB.

Coming to the camera department, the Galaxy J3 Emerge features a 5MP camera on the back, which has a f/1.9 aperture. On the front, there is a 2MP selfie shooter, that has f/2.2 aperture.

The J3 Emerge packs a 2,600mAh battery and has a dedicated Easy Mode that, as the name suggests, makes the maneuvering of apps easier.

The US-exclusive Samsung Galaxy J3 Emerge is priced at $234.99 (approx. Rs. 16,000) and is available in Silver color as of yet. The company has not yet let a word out regarding the phone’s global release although it is being speculated that it would be out in the coming weeks.

Amazon and Flipkart Sale: Samsung Offer Flat Discounts Up To Rs 30,000 On Smartphones

Samsung India has divulged interesting offers on Samsung Mobiles for this festive season in association with Amazon and Flipkart. The Galaxy Note8 will be available for 43,990 INR (Flat Rs. 30,700 off on MRP) as part of Amazon’s Great India Festival sale and the Galaxy S8 (64GB) will be available at a never before price …

The Samsung Galaxy S23 series is all set to make its debut in the rumors regarding the same are not going to stop anytime soon. In a recent development, Samsung Galaxy S23 Ultra could bring all sensors different from its predecessor. According to rumors, the brand will change all the sensors except for the 10MP …

Samsung Galaxy A74 canceled as the brand ends the A7x line-up: Will make A-Series top-tier

Samsung has been launching its Galaxy A7x Series smartphones for years now. But it seems the brand has decided to bring in some changes in the new year as Samsung might be ending the Galaxy A7x series in 2023. Although it is one of Samsung’s decent-selling series, looks like Samsung wants to make Galaxy A … 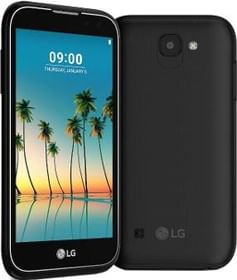