Realme has launched a 4K Smart Google TV Stick in India and it is the first only streaming stick in India running on the latest Google TV operating system. It supports all leading streaming apps with up to 4K resolution at 60fps.

Inside the box, you will find-

The Realme 4K TV Stick offers its first-ever streaming device in black color. It has a standard nondescript design. It looks similar to Amazon’s Fire TV Stick. Clearly, the design was not at the top of the list, and rightly so. Since the TV Stick will be hidden behind your TV for the maximum time, how it looks doesn’t matter. If you own slightly older non-Smart TVs with HDMI ports in weird places, Realme bundles a really handy HDMI Extender within the box.

The Realme stick remote control is similar in looks to the one we received with Realme TVs. One thing that makes the stick’s use simpler is that it can be controlled with any Realme TV remote (including Bluetooth Voice Control Remote). If I wanted to use Google TV Assistant on Realme TV Stick, I had to hold down the dedicated button on the remote for it to register my commands. There is support for CEC, which meant I could control my TV with the same remote, so no hassles of looking for different remotes when I sat down to watch TV.

The layout of the buttons on the remote with Realme 4K TV Stick includes a navigation dial with the signature yellow circular ring. There’s a separate Mute key and some Hot Keys for direct access to pre-installed streaming apps like Netflix, YouTube, and Prime Video, which makes it different from other TV Stick remotes. The remote was a good fit for my hand because of its thicker bottom.

The connection process of the Realme 4K TV Stick is very simple. I fired up the Google Home app on my phone and followed the given instructions. The best part about the stick is that it connects to 5GHz networks, so there’s no difficulty in high-speed data transfers. 4K content streams easily but download speeds may vary depending on the strength of your internet connection. For me, the speed was good as my 200MBPS Airtel Fiber connection I didn’t have to face buffering issues.

My earphones could be connected through Bluetooth 5.0 which allowed me to play games on Realme 4K TV Stick. HDMI 2.1 is standard with no new features apart from 4K 60fps resolution video at fairly high throughput.

Software is the main department wherein changes and differences from competitors can be noticed. Since Realme 4K TV Stick runs on the Google TV platform instead of Android TV, the visual display is different. There’s a layout that shows content recommendations up, front and center based on what I last watched. It gives you the option to choose Prime Video, Disney+ Hotstar, and Apple TV to curate content from.

I am mostly confused about what to watch next as options are too diverse these days and sometimes, I can’t even keep up with what’s newly released, so the automated option of recommendations worked well for me. The layout of the Google TV is way better than Android TV which also gives it a +1.

The second tab shows the list of all the apps that you can download from the Play Store, while the final tab has a library, which showed all my purchased movies and TV shows. Watchlist is a new feature that is directly linked to your Google Account, so whenever you add any movie or show to the watchlist on Google browser, it gets added to Realme 4K TV Stick’s watchlist automatically. So, I could watchlist anything and view it later anytime I wanted to. For a forgetful person like me, this helped a lot as my friends often keep recommending shows to watch on Twitter and I forget their names later on.

The Realme 4K TV Stick has a quad-core Arm Cortex Chip with A-35 cores, 2GB RAM, and 8GB of internal storage, which is not at all sufficient. But that can be ignored if performance is considered, that is very good. The response time of Google TV is quicker than the Android one and the navigation was smooth too. Sometimes there were minor issues with my speakers connected using optical out, but this too solved on its own in a while.

The one major drawback I felt was having no Dolby Vision support, though there is an HDR10+ codec. This is because HD10+ combined with Dolby Vision can give a much better picture quality.

Also, Dolby Vision is a much more stable standard of encoding across all TVs supporting Dolby Vision. This is the reason why some scenes or shows on the Realme 4K TV Stick played in HDR have reddish facial tones or an average tone mapping at times. But mostly it was good. I noticed the difference only when I looked at it very closely. The affordable price range can automatically make one forget these small inconsistencies.

Another issue I have noticed on the Realme stick is the lack of 4K playback support on Disney+ Hotstar. I don’t know the reason but I hope Realme sorts this out soon.

ALSO READ: Electric Vehicle Subsidies Calculations: Find out how much you get from the center and states

I switched to the YCbCr 4:2:2 12-bit color depth profile from the settings as soon as you get the stick, which gave me the widest color range possible and make HDR content look even better. Realme’s HDR performance and picture quality are decent here, which makes regular 4K and 1080p content look amazing when I switched on the Cinema mode/Film Mode on my TV.

The Realme Smart 4K Google TV Stick Review is a very basic product that comes at an affordable price. Though it has a few limitations in the form of missing Dolby Vision, the low-price tag and new layout make up for them. At Rs. 2999 during the sale period, it could have been a good recommendation but it is not, because Amazon’s Fire TV Stick 4K comes with Dolby Vision, and the price of Amazon’s stick also goes for as low as Rs. 2999 during the sale period. So, keeping this in mind, I would advise the consumers to choose wisely between the 2 existing options, as their price is almost the same but there is a difference in features available.

Realme entered the smart TV category last year. Currently, there are four TV models offered by the brand in India, under varied sizes and competitive features. However, if you don’t want to spend on a smart TV and are looking forward to a dongle which can make even the dumb TVs smarter, then pretty soon, …

Realme has announced to host a mega event on September 24 in India. The company has started to send invites for the launch event. The brand will unveil Realme Narzo 50 series, a Realme Smart TV, Realme Band 2, and Realme 4K Smart Google TV Stick.Realme has taken dedicated web pages live on its …

Google Chromecast with TV arrives in India at a price of Rs 6,399 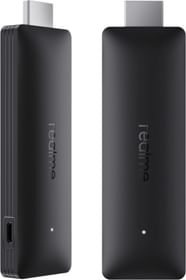 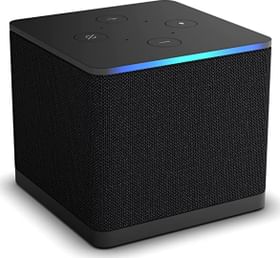 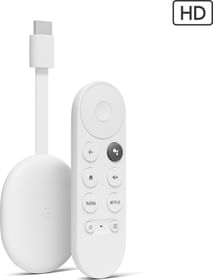 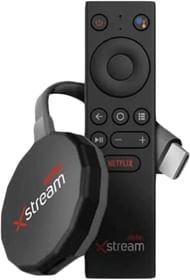 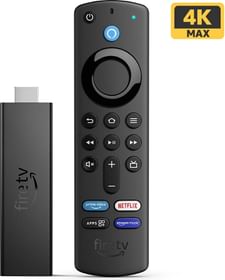 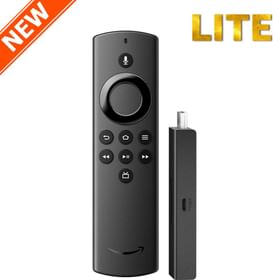 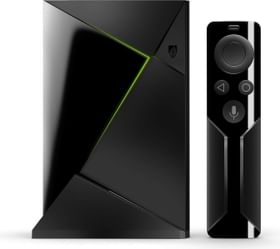 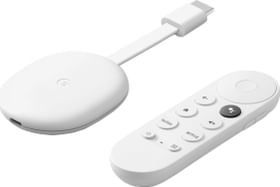