Motorola to launch 200MP camera smartphone in July; Razr 3 to be powered by Snapdragon 8+ Gen 1

Tech giant Motorola China has confirmed that the company is all set to launch a smartphone that will feature a 200MP camera. A teaser has been launched which claims a 200MP camera as the new benchmark for image experience. It is expected to launch sometime in July.

GM of the cell phone department of Lenovo, Chen Jin claims, “New benchmark for imaging experience beyond parameters, opening up the era of 200MP mobile photography. See you in July.”

Motorola has also confirmed that its next foldable smartphone Razr 3 will be powered by Snapdragon 8+ Gen 1 as well.

Reports claim this 200MP camera phone might be powered by Qualcomm Snapdragon 8+ Gen 1 chipset and have Samsung’s 200MP ISOCELL HP1 sensor with features like Optical Image Stabilization. Along with a 200MP main camera lens, the device is expected to have a 50MP wide-angle camera and a 12MP telephoto camera. It might also have a 60MP selfie lens.

The image that has been teased by Motorola claims that the phone has a huge camera on its back. The smartphone has been codenamed ‘Frontier’ and might sport a curved 6.67-inch pOLED panel with a refresh rate of 144Hz.

As for the storage options, the 200MP smartphone is said to have 12GB RAM and 128/256GB storage configurations. It is expected to pack a 4500mAh battery with 125W fast charging and 30-50W wireless charging.

Although some believe that this 200MP phone from Motorola might overdo things, surely the device would be worth giving a chance whenever it launches

Motorola has confirmed that its next foldable phone Razr 3 will be powered by the flagship Snapdragon 8+ Gen 1 chipset. This is an upgrade as the earlier 2 devices in the Razr series did not feature flagship-level chipsets.

Moto Razr 3 is said to compete against Samsung Galaxy Z Flip 4. The folding mechanism is expected to be the same. The leaked images of a foldable device Maven have narrow bezels and a punch-hole primary display instead of curved edges like Razr 2 had.

If this one is the 3rd in the Razr series, then the design is seeing a slight change. The upcoming phone doesn’t have a protruding chin and the fingerprint scanner has been shifted to the right on to the power button.

Tipster Evan Blass claims Razr 3 will have a Full HD+ resolution. Otherwise, it has a dual camera setup at the back, and camera sensors are placed horizontally. There is expected to be a 50MP sensor and a 13MP sensor along with a 32MP selfie camera.

Lenovo-owned brand Motorola has been in the news for the launch of its Razr 2022 edition for a while now. Earlier the brand was supposed to launch the Moto Razr 2022 on August 2 but later that event was canceled due to some reasons. Now, the company has confirmed the new date for the launch …

Motorola’s upcoming flagship X30 Pro has been confirmed to feature a large 200MP camera sensor. This will be the 2nd device to have a 200MP camera sensor and will be called Motorola Edge 30 Ultra in the global market. The china market will know it by the name of X30 Pro. ALSO READ: Oppo Reno …

OnePlus is all set for the February 7th Cloud 11 Launch Event. It will debut OnePlus 11 5G in India and globally after a month after its Chinese launch. The event will also see a long-rumored OnePlus Pad, OnePlus TV 65” Q2 Pro, OnePlus Buds 2 Pro, and another limelight taker “OnePlus 11R 5G”. Turns … 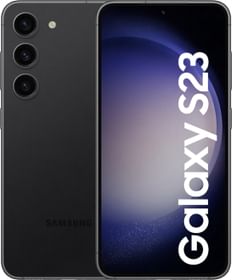 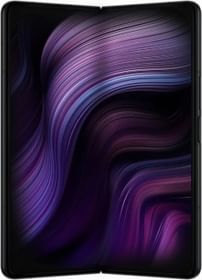